It’s bound to be one of the biggest gigs of your life, and you’ll be up there live in front of an expectant crowd with all eyes on you and yours-to-be, so why not embrace the moment and instead of sending out the usual wedding invites, go for something special? 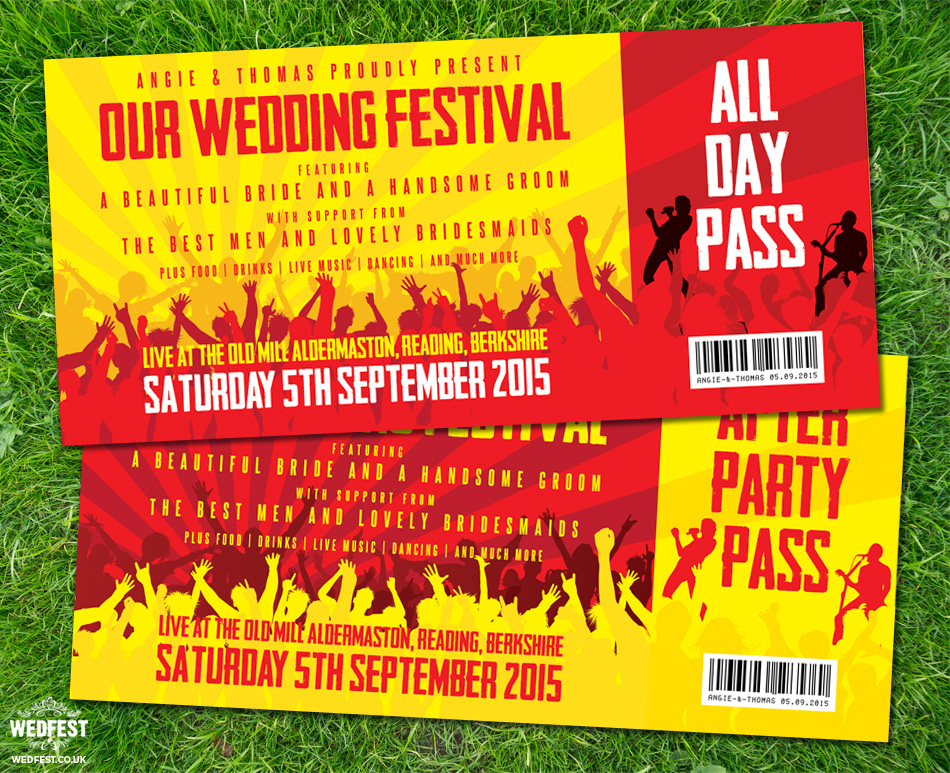 Concert ticket wedding invitations, designed to resemble the real thing, not only look cool, they’re also more likely to be retained by friends and family as a great keepsake of your wedding gig, in the same way people hold on to b for live performances by their favourite bands. 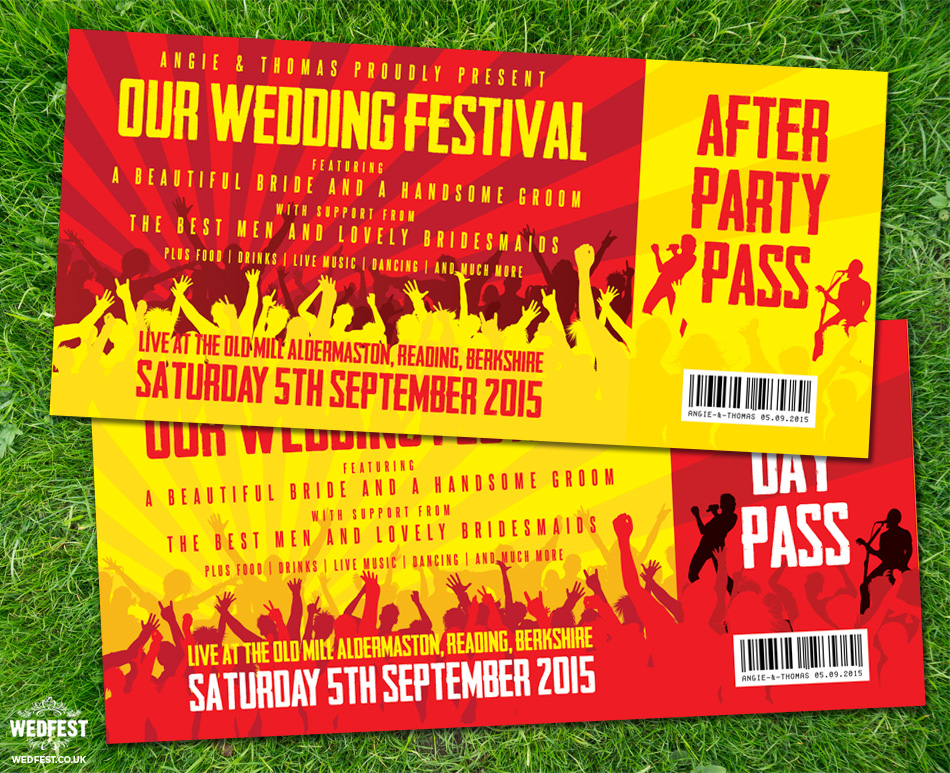 The hottest ticket in town

When your friends receive their concert ticket wedding invites, they’ll probably have to look twice before they figure out that they haven’t been sent complimentary tickets to a live gig, and that all the ticket info is actually an official invitation to your wedding, complete with details of the venue, date, time – and who’s getting married, of course. 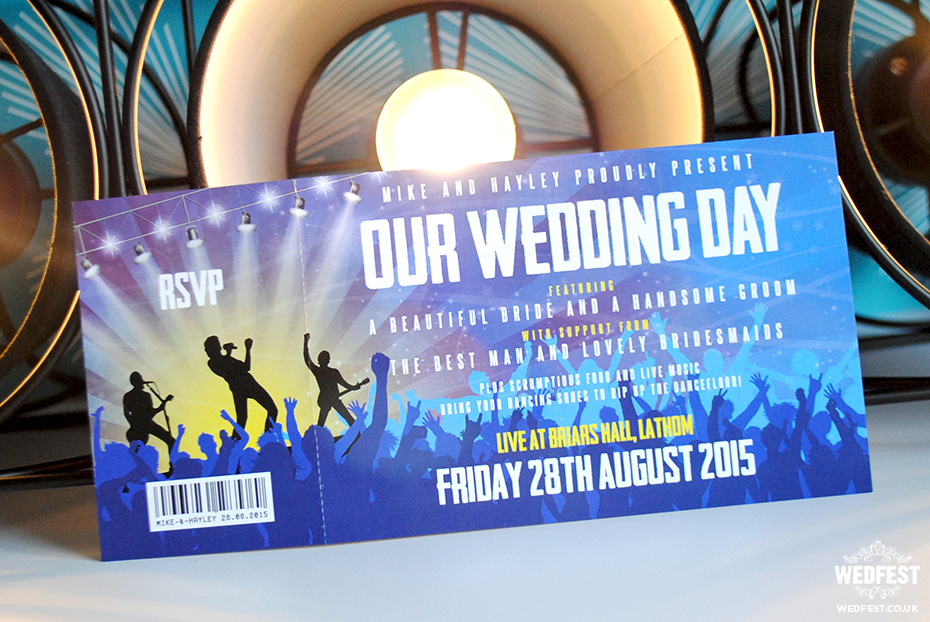 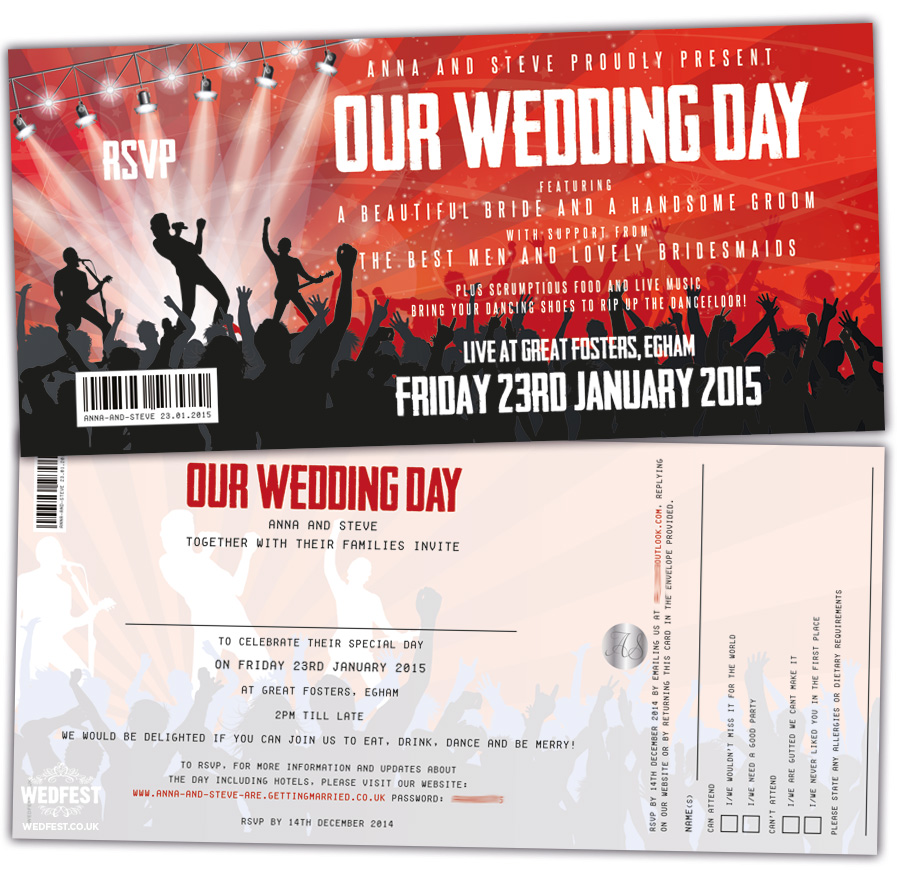 And just like a normal gig or festival ticket, the perforated stub on festival ticket wedding invites can be the RSVP slip that your guests tear off and return. It’s a simple and effective concept and will definitely appeal to your gig-loving friends. 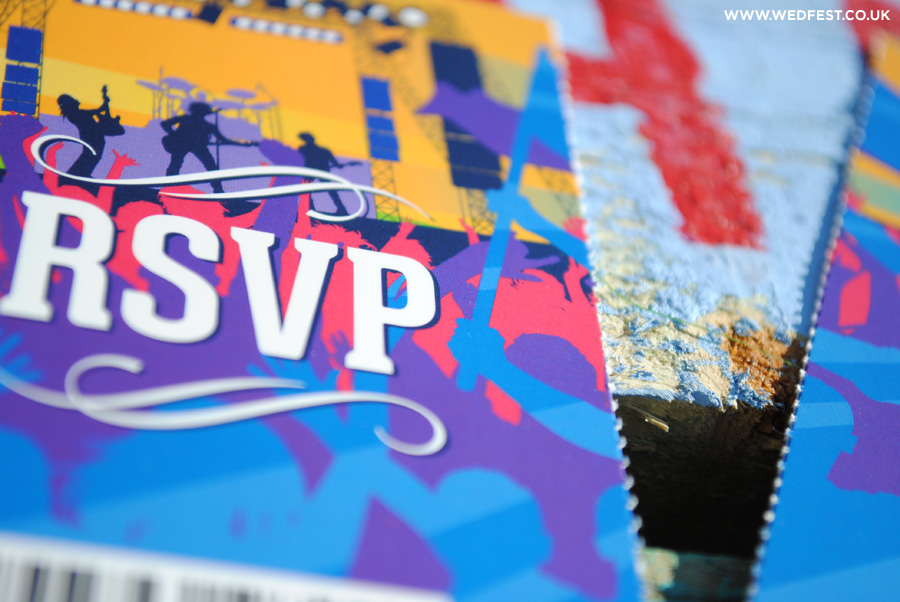 And of course the tickets and invites can be designed to suit your particular flavour of music, such as the samples below who were for customers who wanted a more Hard Rock / Heavy Metal style of design for their wedding invitations. 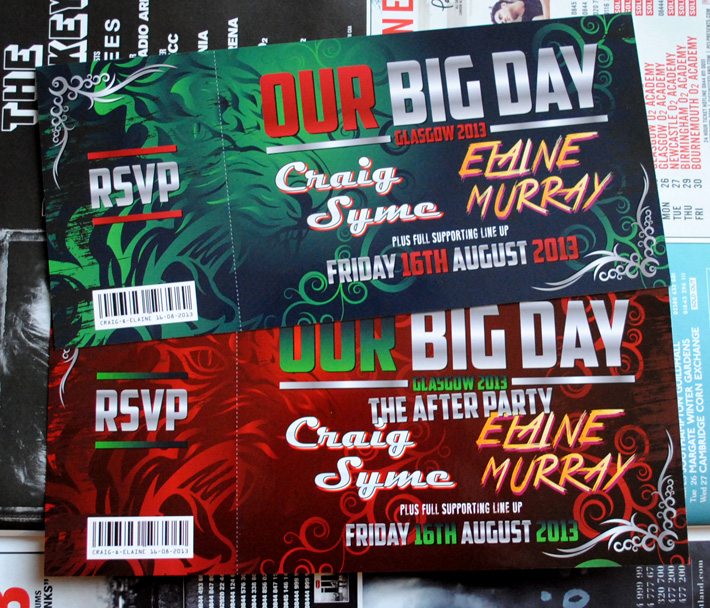 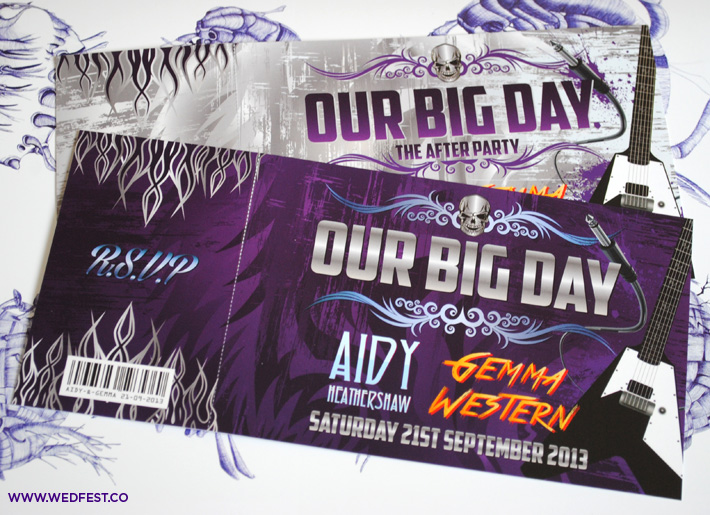 Gig ticket wedding invites can be as stripped back as you like, like Curtis and Sally’s below, or bold and colourful with eye-grabbing text that will leave no one in any doubt as to who’s the headline act at the gig.

Showcase your love of music 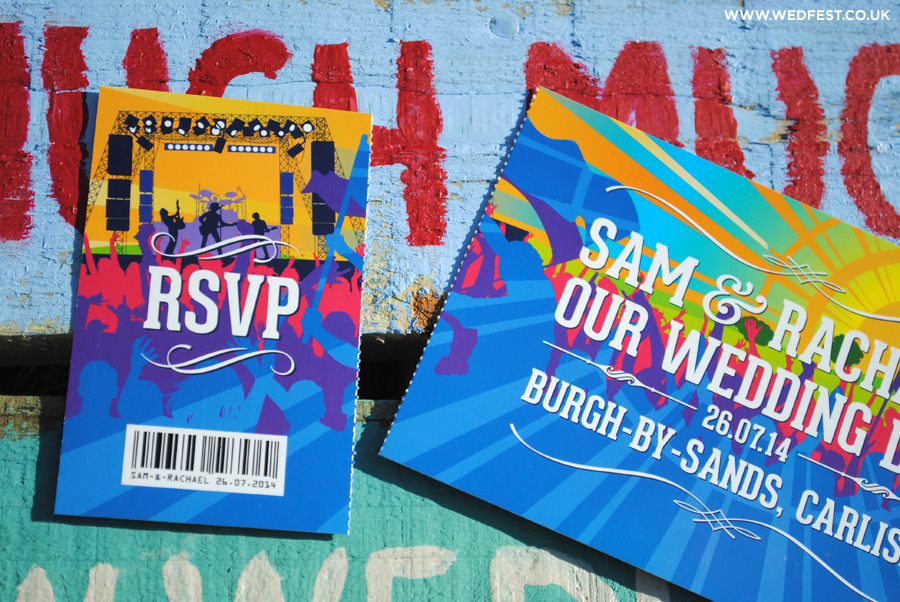 These awesome and alternative wedding invites also suggest that there will be some great music to dance to at the reception, so make sure you’ve got the playlist worked out, as well as the artwork for the gig ticket invites! 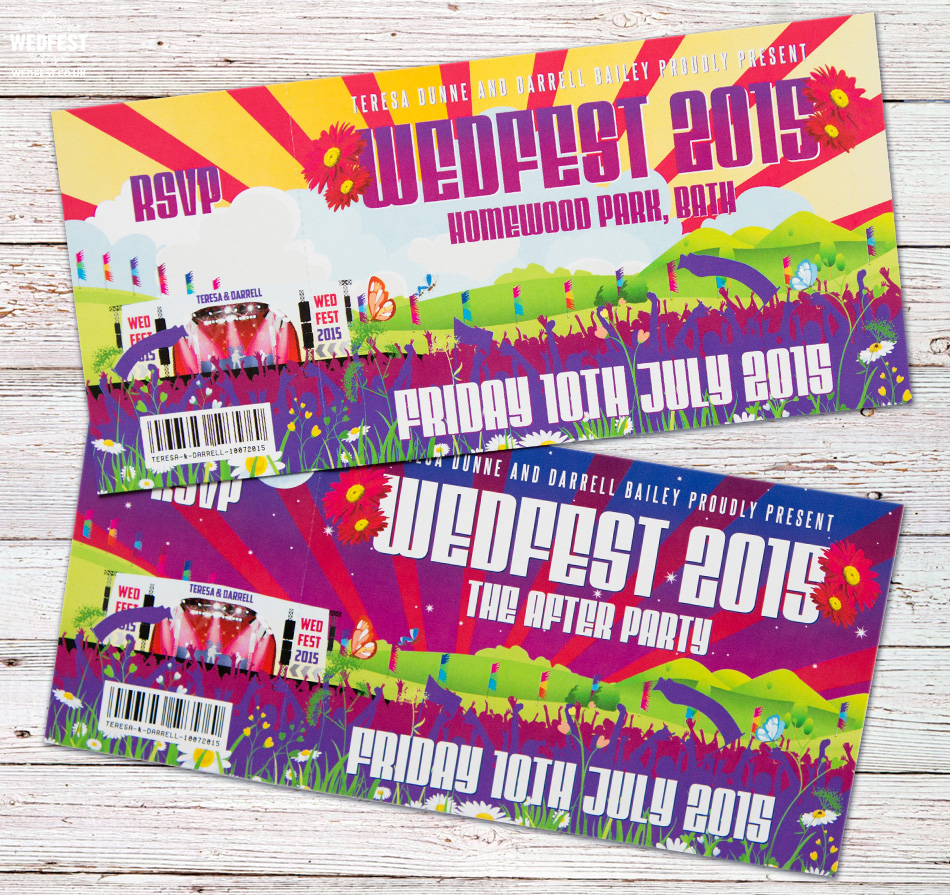 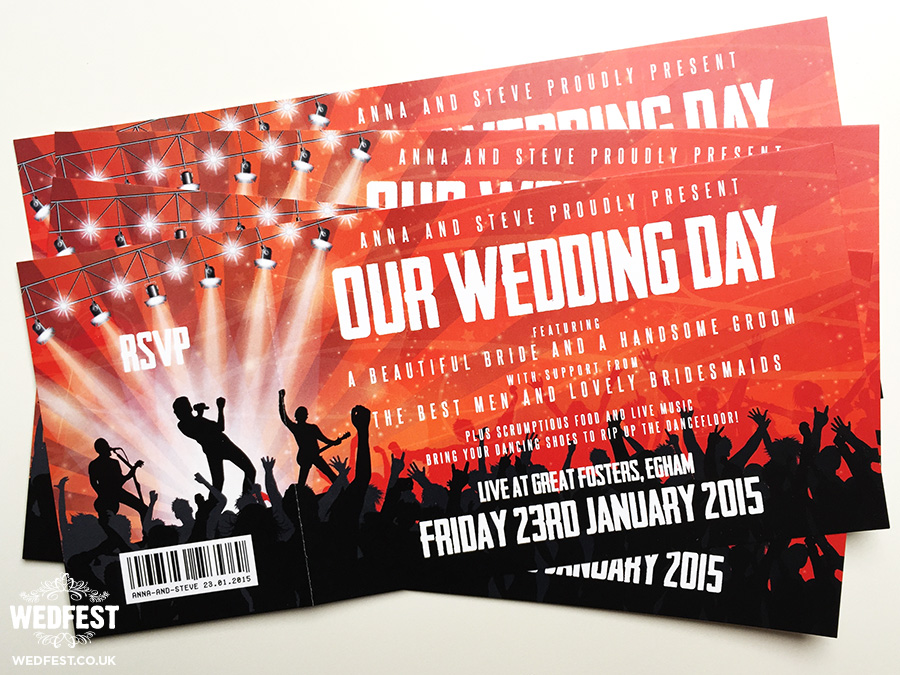 Whether you’re into big stadium gigs, a la Glastonbury, or prefer smaller, more intimate venues, the team at Wedfest can come up with a design for gig ticket invitations that reflects your music style and taste. 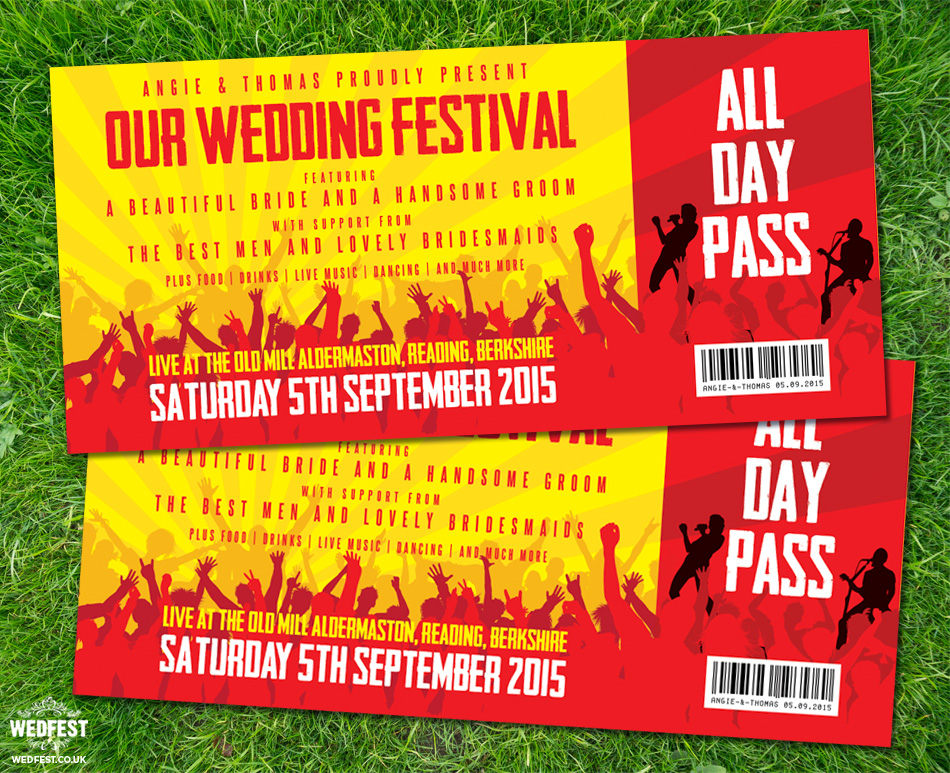 The tickets can also be broken into day time invitations and evening reception invites if needed, so we can put a twist on them such as After Party Invites or All Day Pass / After Party Pass etc. to make them seem really authentic. 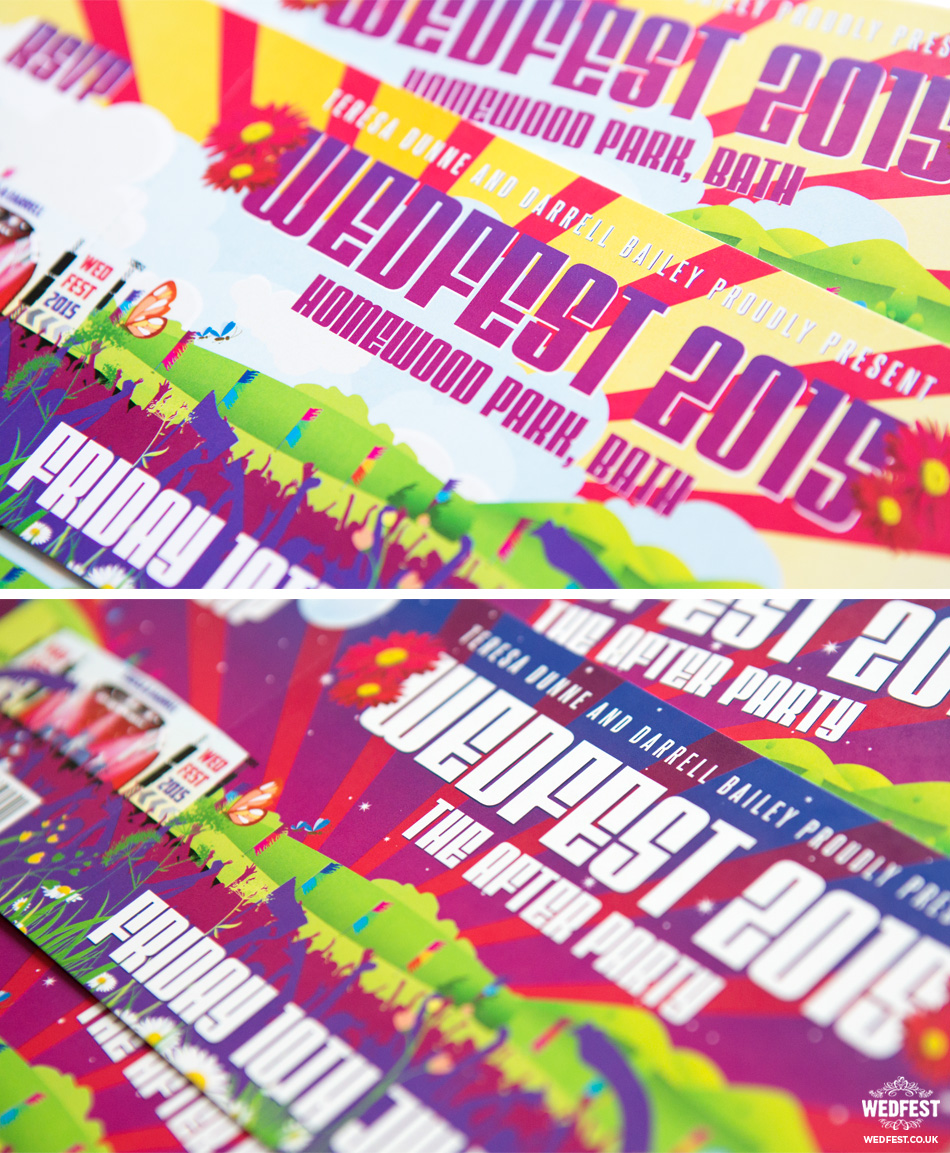 Of course it doesn’t have to be a ticket style invitation, you could also have your wedding invites in the style of a cool looking concert or festival poster like we designed for John & Christina below who got married at Red Rocks. 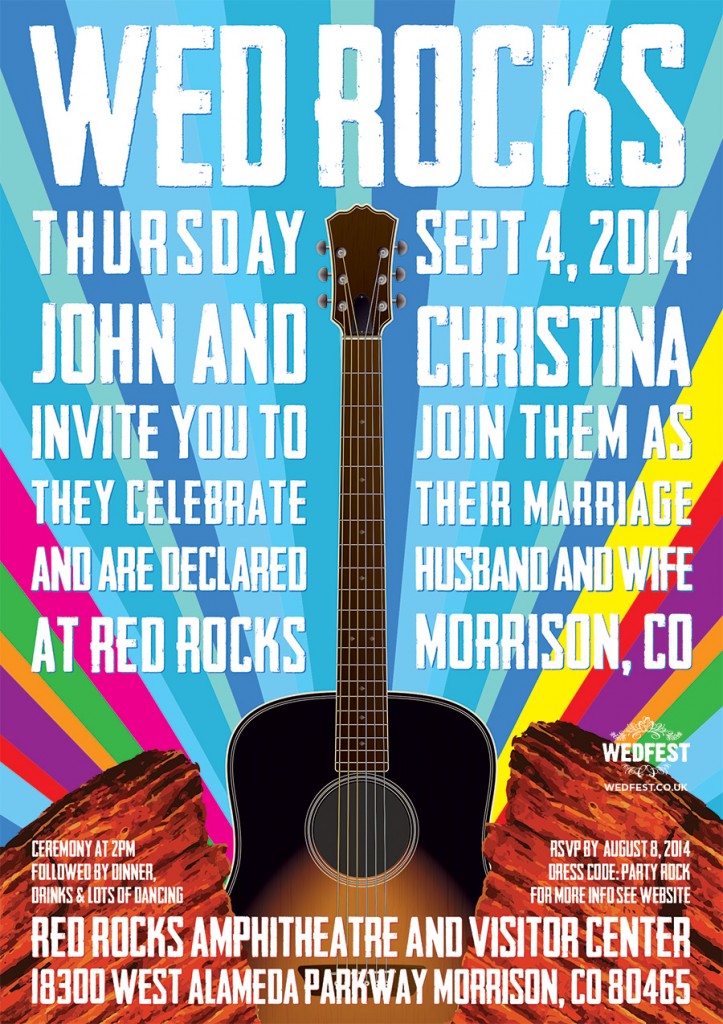 In addition to gig tickets, you could also go for concert poster themed seating plans for your guests, designed to look and feel like real concert posters and festival line up posters. 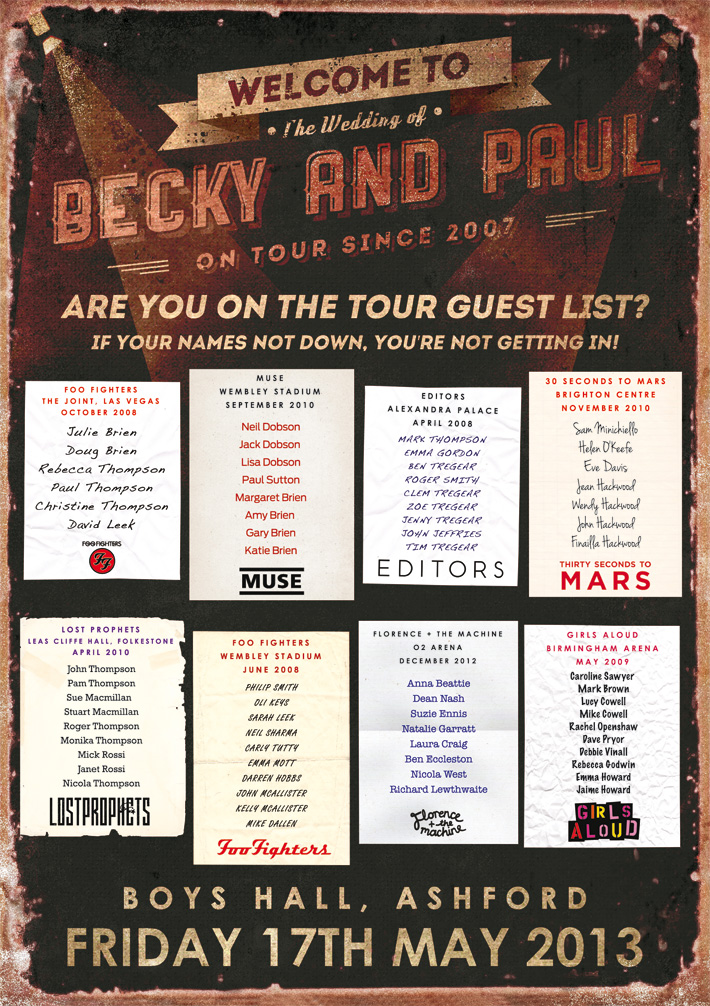 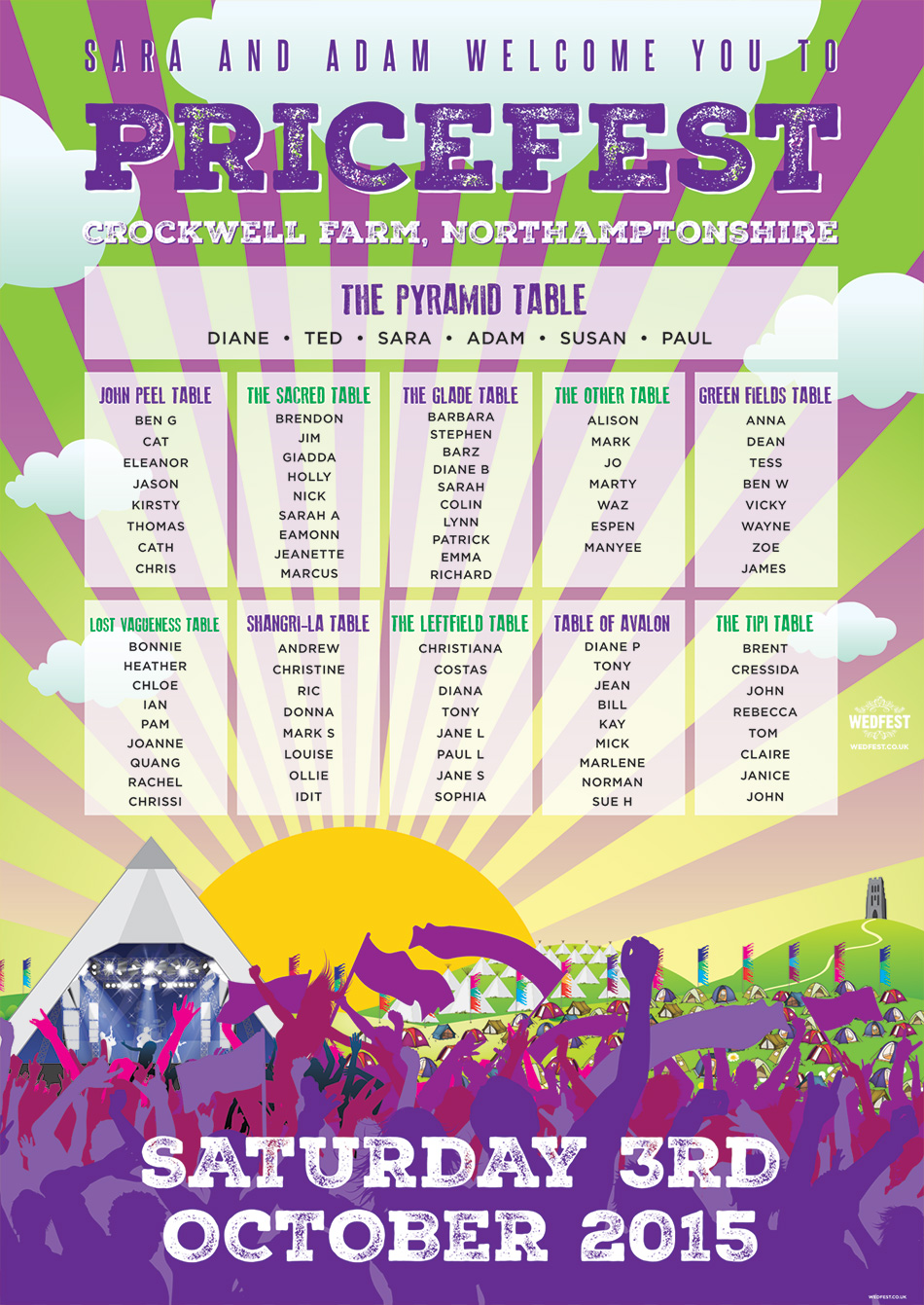 Of course it doesn’t stop there, you can also ass customised festival wristbands as wedding favours for guests to wear to the big gig! 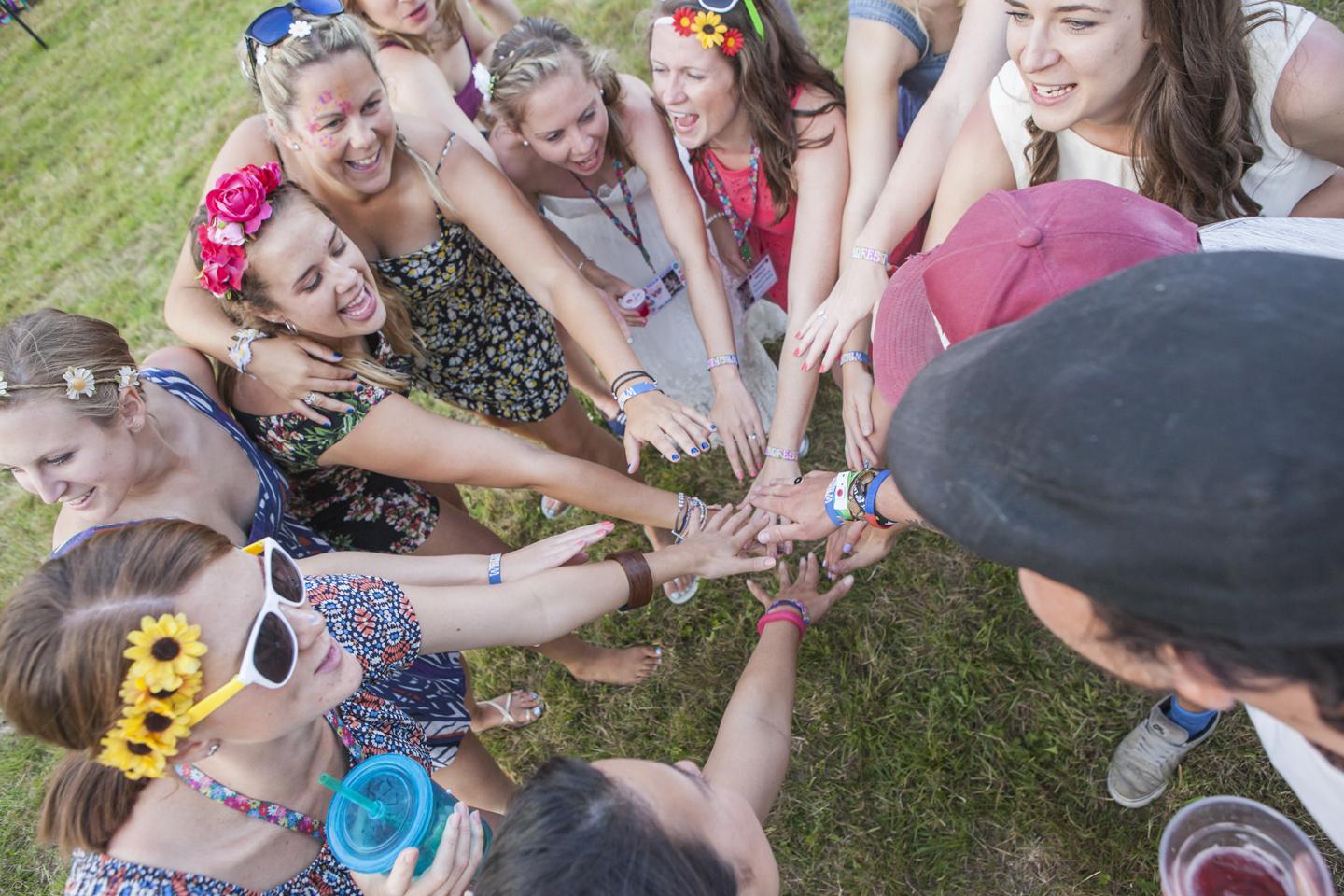 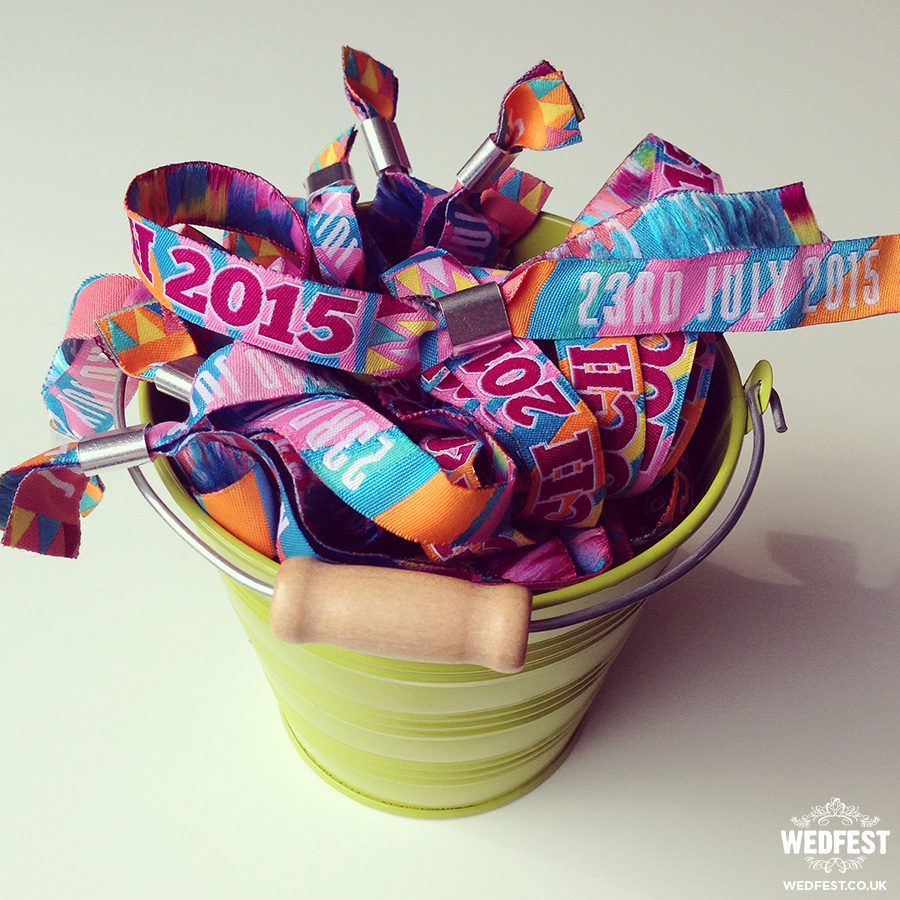 The list of ideas is endless. If this is something you think would perfectly suit you big day then please click here to get in touch and discuss what Wedfest can do for your wedding stationery.