Joint 50th, 21st, 18th Festival Birthday Party Invite – Just the sound of that already makes you think its going to be an awesome party, a joint 50th, 21st and 18th party all in one, and just for good measure this family was also celebrating a silver wedding anniversary, so yes this party was going to be pretty RAD! So how do you celebrate such a huge event?? You throw a festival party of course!!! This family got in touch with Wedfest look for a s super cool festival party invitation so they could invite all their guests to their festival which they were calling RADFEST! I want to go!!! 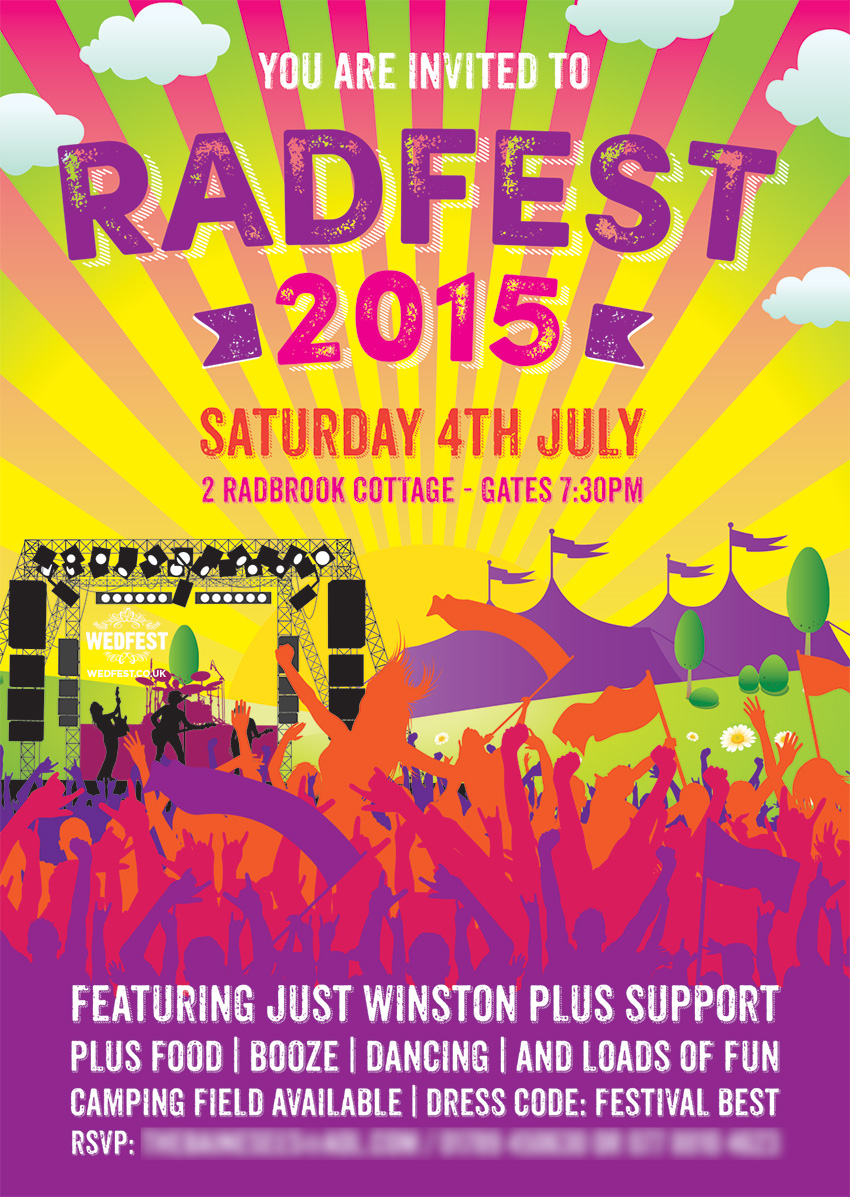 So the family wanted a Rad Party Invite to compliment their RADFEST Festival Party and we think it looks pretty Rad! We designed it on the style of a festival poster and it turned out pretty sweet! The colours especially really ping! 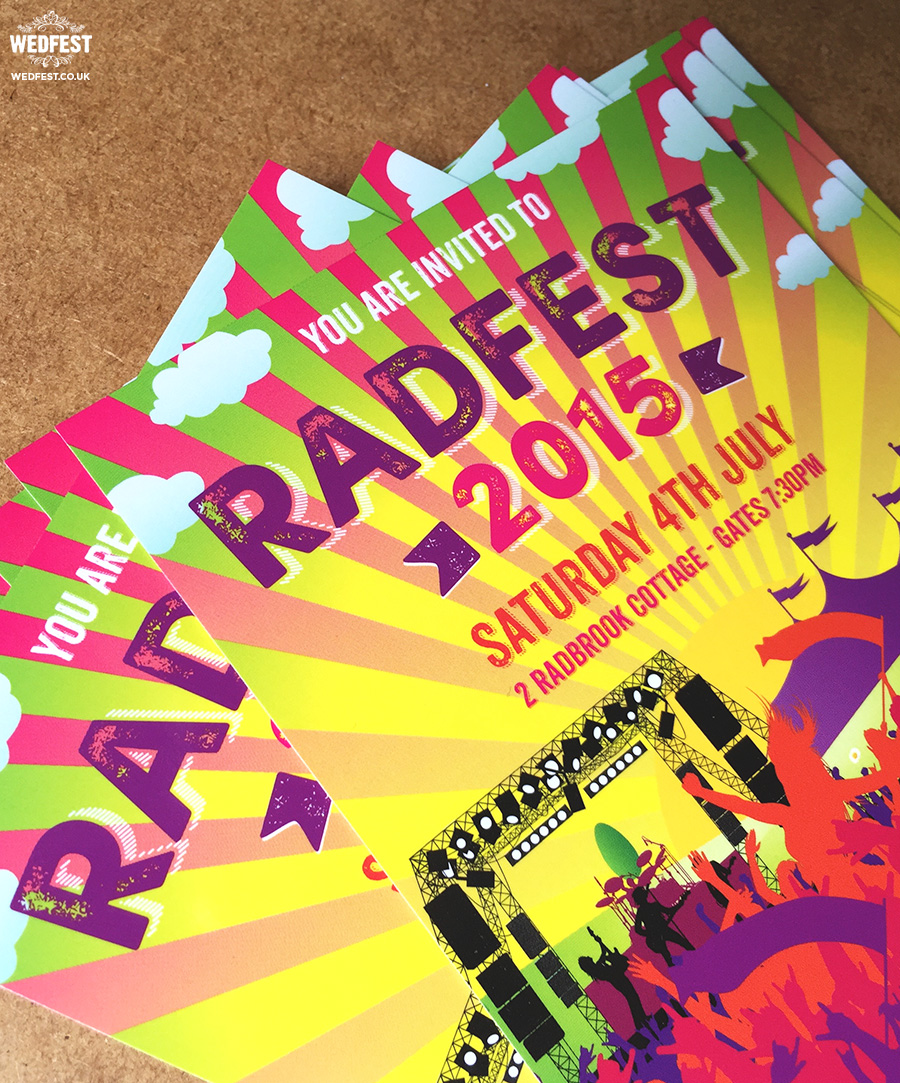