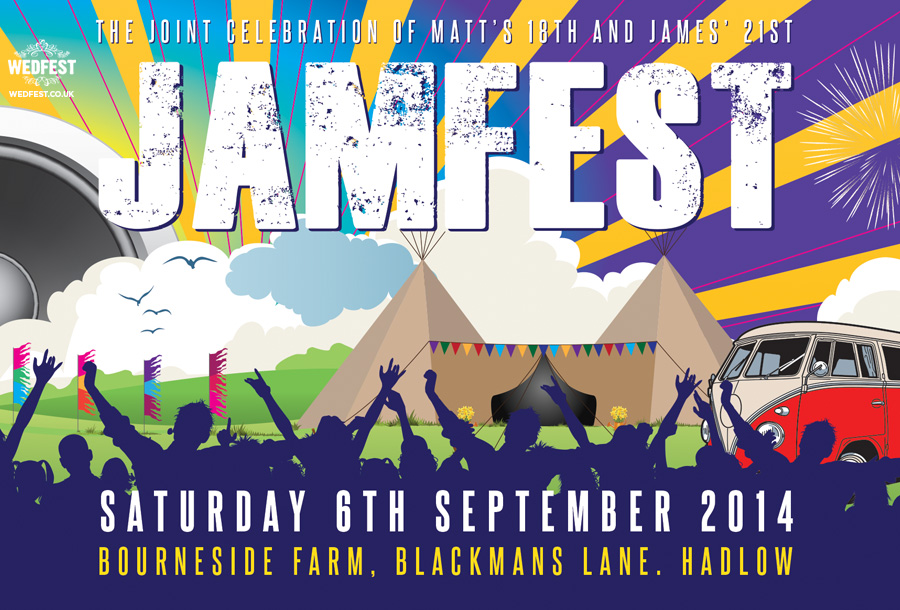 The boys wanted really cool birthday party invites to send out to their guests and loved all the festival themed invite designs we made here at Wedfest. We designed a super cool festival themed birthday invitation for the boys featuring a large Teepee which is were the party was being held, imagery of people partying, a VW Campervan as they had one of those and a large speaker subwoofer in place of the sun. 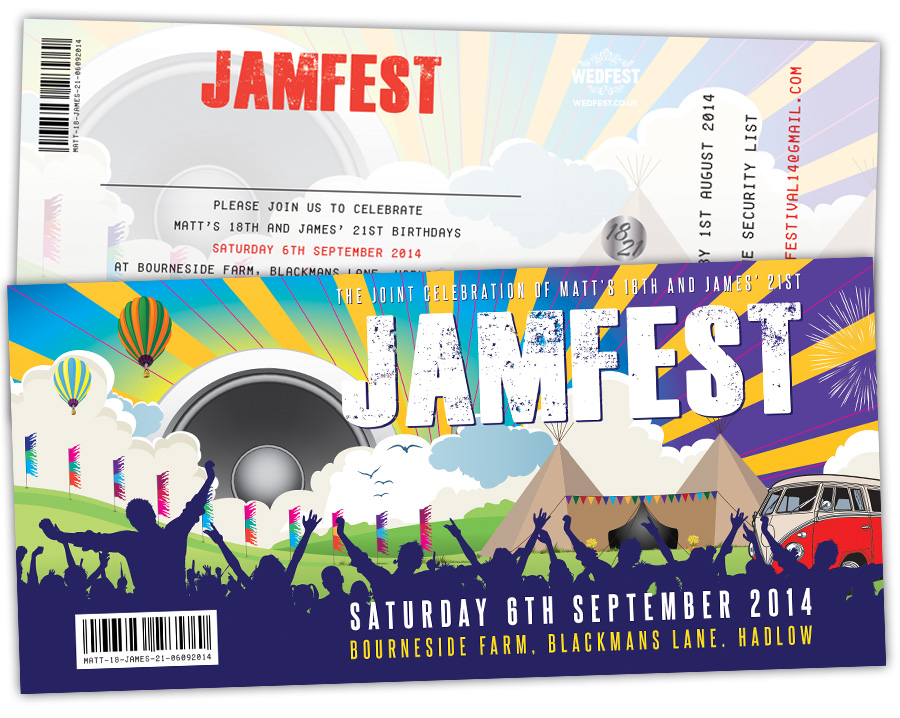 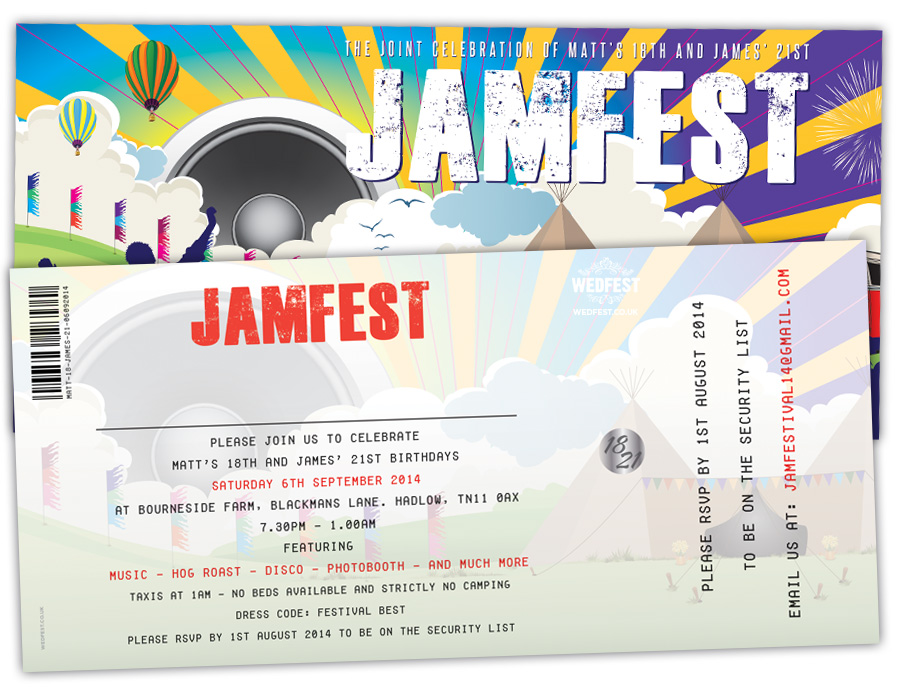 For the day of the JAMFEST party we made the party guests festival style wristbands so that they could all wear them on the day and create a real festival vibe at the party, after all what 18 and 21 year old doesn’t love wearing a festival wristband for a full year! 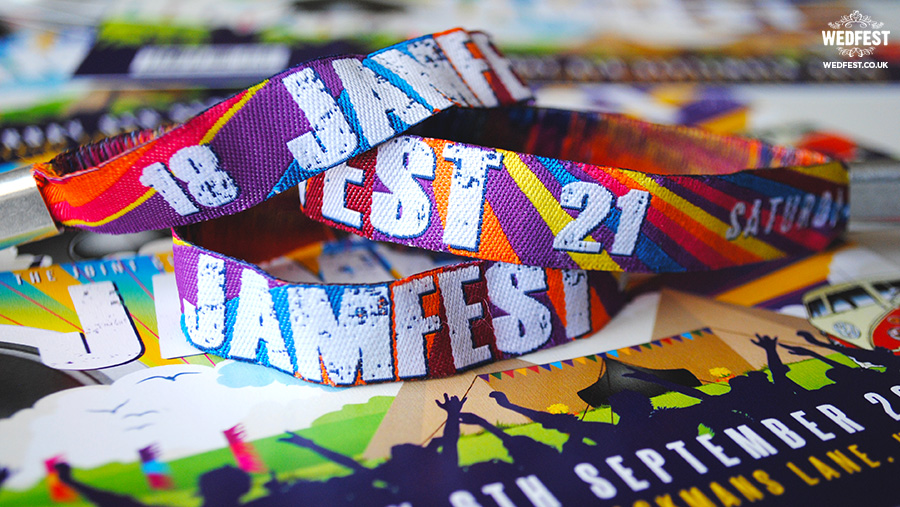 The custom fabric wristbands were totally personalised for the birthday party event. The main panel of the wristband had the JAMFEST logo in large white text with 18 and 21 on either side of it to represent the boys ages. The tails of the festival wristbands featured further details including the brothers names and ages respectively and on the other tail it featured the date of the party.

The wristbands were made with beautiful bright colours and had lots of stripes of colour and bunting style details in the background, they looked super cool and one of our favourite wristband designs so far.

If you like the look of the birthday party invites or the birthday party wristbands you see here and are considering having a festival themed birthday party yourself please click here to get in touch. Like wise if you are having any kind of party or event Wedfest can supply stationery for all sorts of events so please just get in touch for more information and bring your party to life with some awesome and original stationery.