As usual it has been a manic summer at Wedfest HQ and we are flat out designing and creating beautiful, fun and amazing wedding stationery and birthday party stationery for many many weddings and events all over the world. We have not had a chance to update the website as much as we wanted but will get as much of the new designs uploaded as soon as we can. 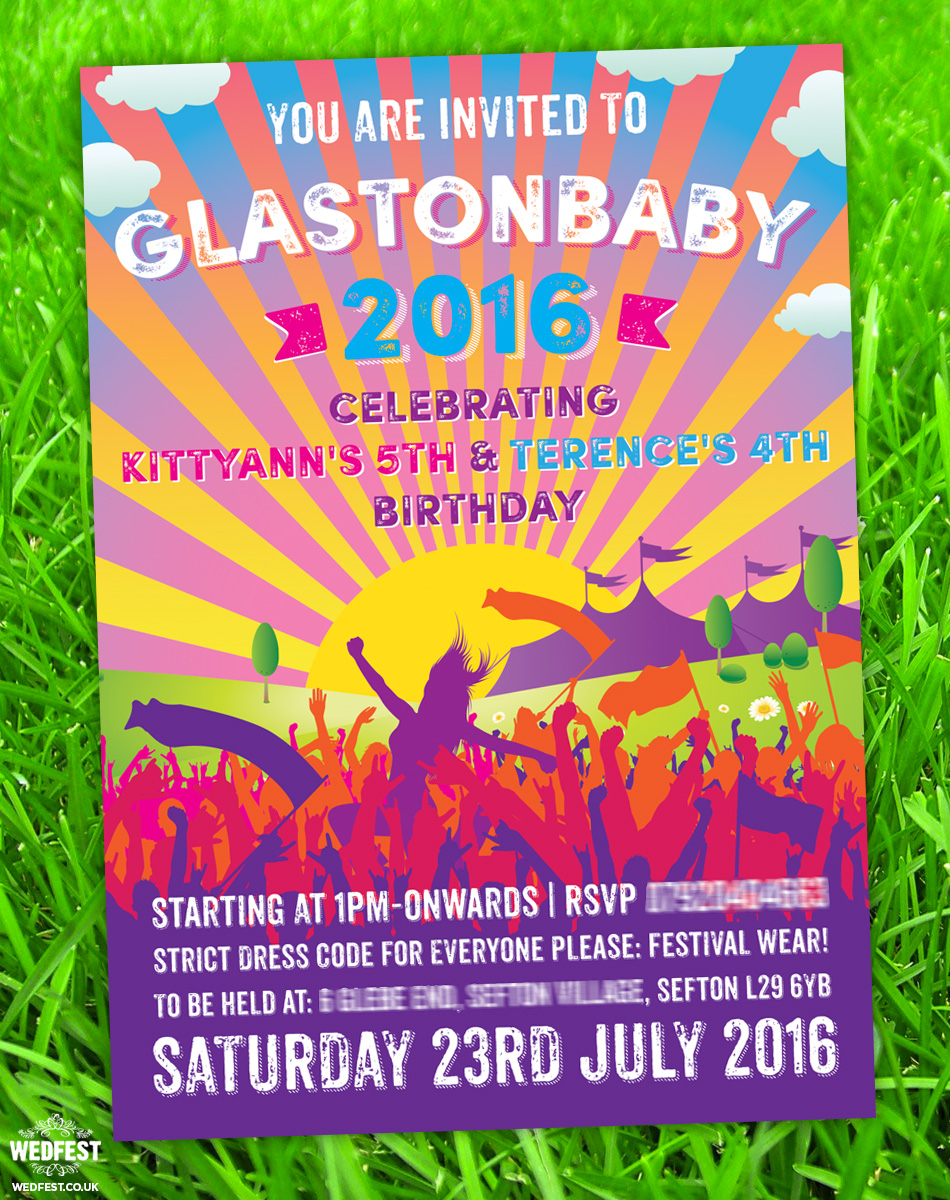 This is just  few examples of some of the designs we have worked on. The first example above is a really cool and fun festival birthday party invite which was for Kittyann and Terences’s 4th and 5th birthday parties. They wanted to have a nod to Glastonbury Festival in their birthday invites so they named it ‘GLASTONBABY 2016‘ which we will all agree is amazing 🙂 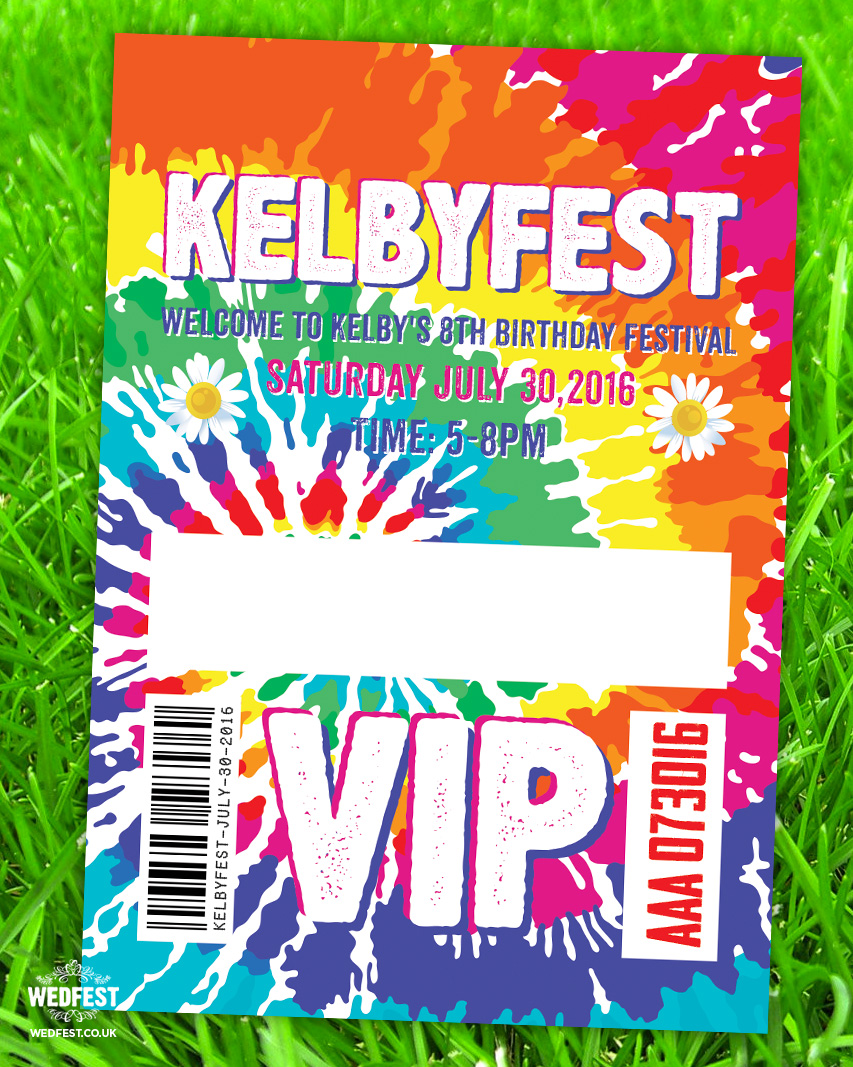 This next one above was for Kelby’s 8th Birthday Party Invite. They wanted a hippy style tie dye birthday invitation. This one turned out really cool, we love the tie dye effect and it is super vibrant and fun. Who wouldn’t love to get this birthday party invitation through the door! 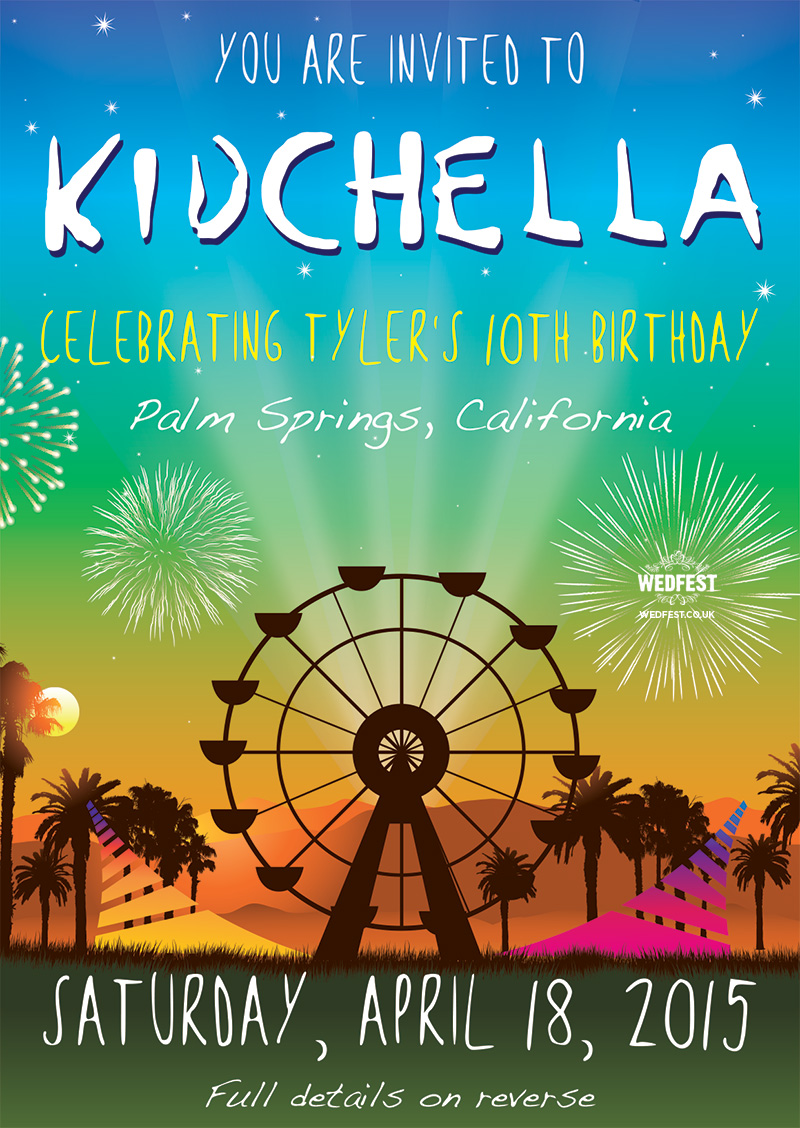 Next up below was this invite we created for Ellie and Annie’s joint 16th birthday celebrations. They called their event ‘BAECHELLA‘. They wanted to create the full festival theme so we made them the festival themed birthday invite and then also made them BAECHELLA festival style wristbands for the party itself. 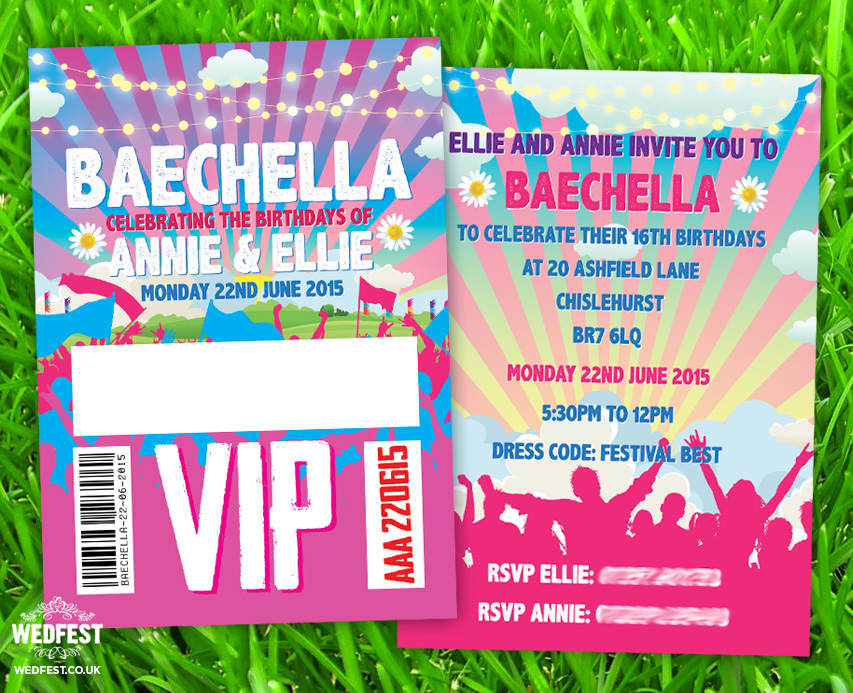 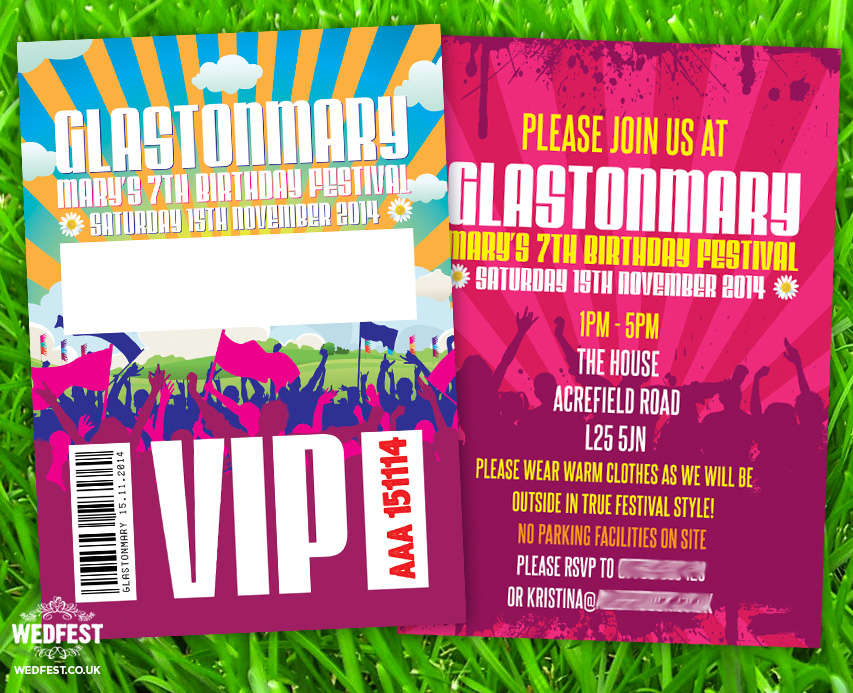