Wedfest at Glastonbury Festival – Its hard to believe its a week ago already but this time last week we were sitting/standing/lying/sleeping/laughing/dancing/singing somewhere in the crazy pop up city that is Glastonbury Festival in Somerset enjoying every single thing about what is easily the worlds greatest music and arts festival.

From the moment we entered the festival site and got our beautiful sparkly Glastonbury wristband, until we dragged our sorry selves out on Monday morning for the long trip home its safe to say every single second was enjoyed and absorbed, maybe too much in places!!! 🙂 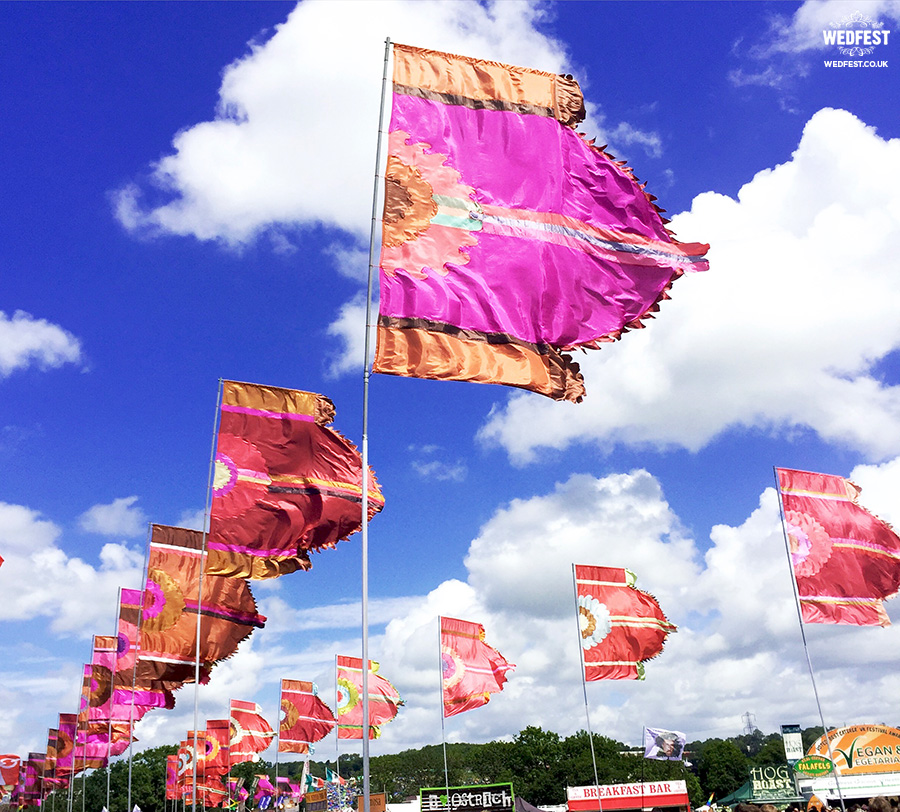 If you were watching it on TV you probably seen a whole lot more than we did as the shear size of the place has to be seen to be believed. Getting from one stage to another is certainly hard work / an adventure as every second step there is something wondrous to look at or explore or a door to open and see whats inside, and we did that alot!! Alot we can remember, some we cant and some is just too crazy to even comprehend but all of it was amazing and magical and its clear why people go crazy each year trying to get tickets to the festival. 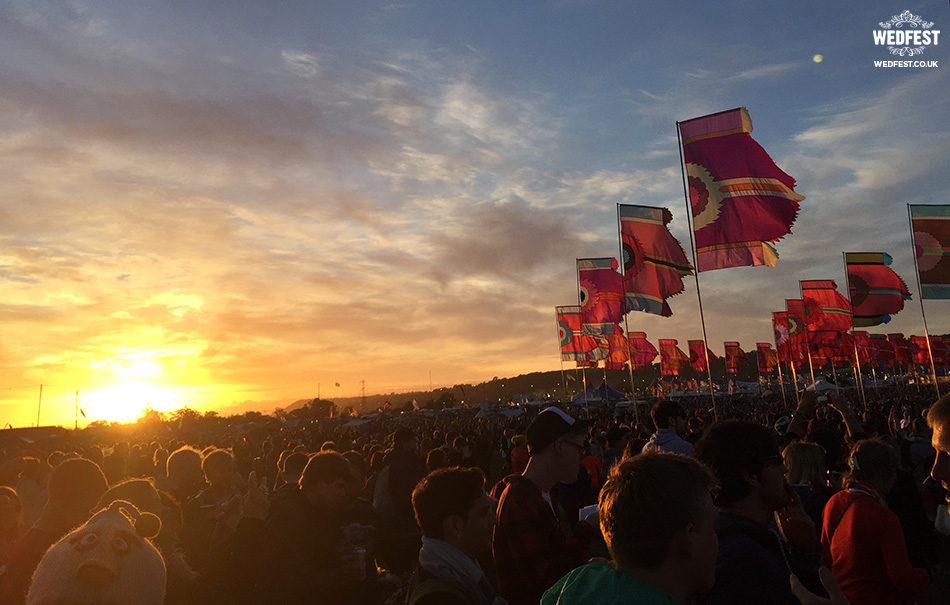 Of course there is the hundreds of amazing bands playing all over the place in the near 100 stages and we were lucky enough to catch a good few favourites and make a few new favourites along the way. 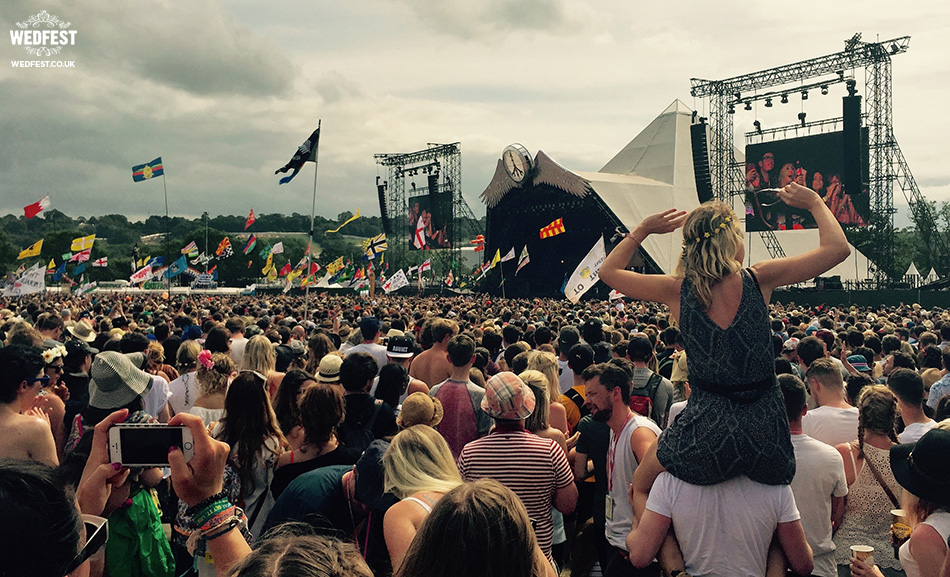 The weather at Glastonbury is always a talking point and thankfully bar one or two rain showers on the Friday we were blessed with glorious heat and sunshine all weekend! The sun cream was a must and there now is white marks and tanlines where sunglasses and festival wristbands previously were a permanent fixture for a week. 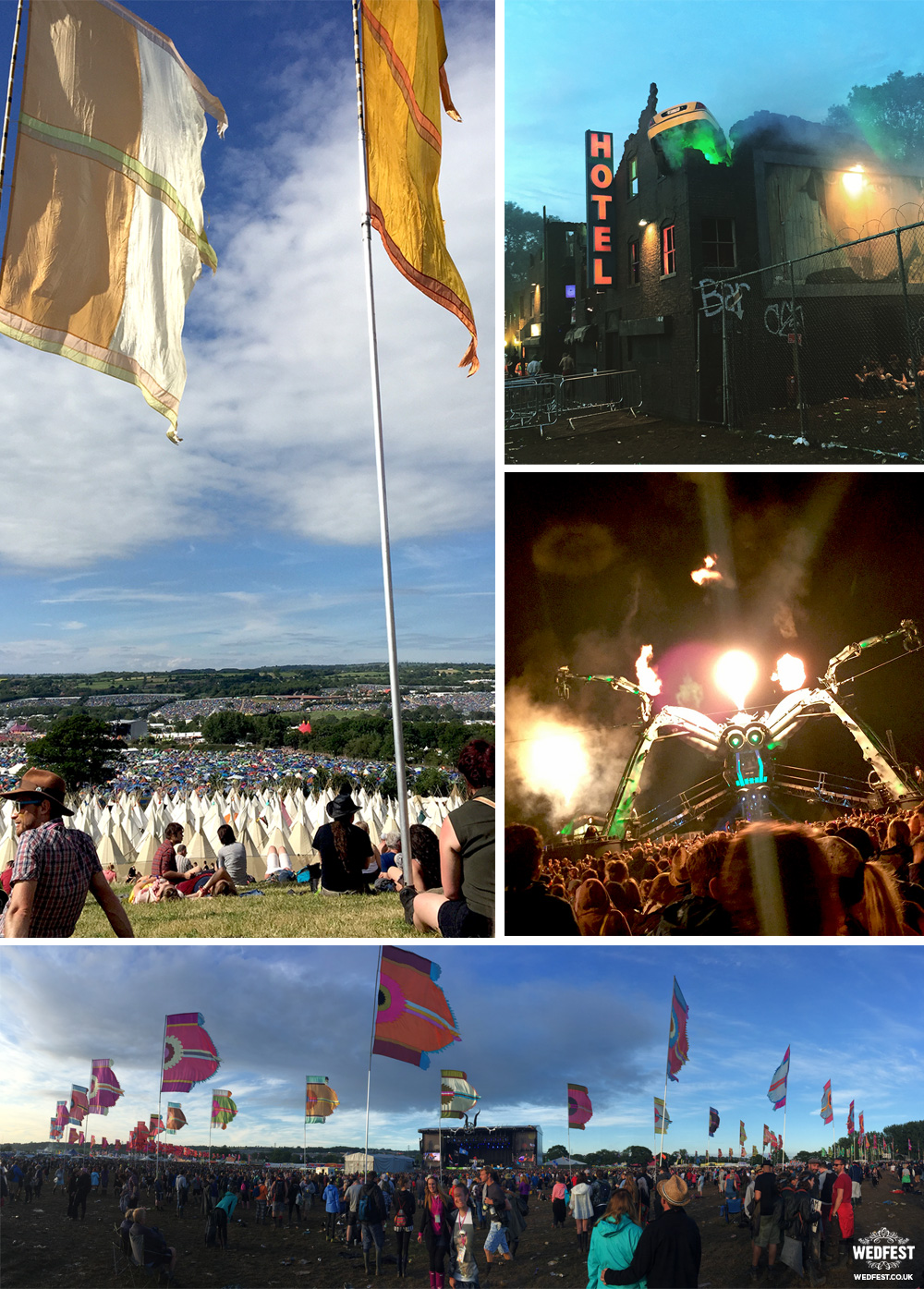 But of course aside from enjoying everything that was on offer it was also great to take in some amazing festival inspiration and bring some new ideas for designs back to the table and they are in abundance. So we are into July and wedfest has a very busy summer ahead so onwards for the next few weeks, keep an eye on the website for some amazing new festival wedding stationery designs and ideas that will definitely get you in the mood for a festival if not least your festival wedding!!!

Till next time Glastonbury!!! And the rest of you check your inboxes all emails should now be replied to, if we have missed you let us know!! Contact us here