Game of Thrones is without doubt one of the greatest television programmes ever made if not the best depending on your opinion. So it comes as little surprise it has an army of fans around the world who are obsessed with it. As you know we are always making themed wedding stationery and we regularly get requests for Game of Thrones themed Wedding Stationery. From people looking for game of thrones wedding invites and save the dates to game of thrones themed wedding seating plans. 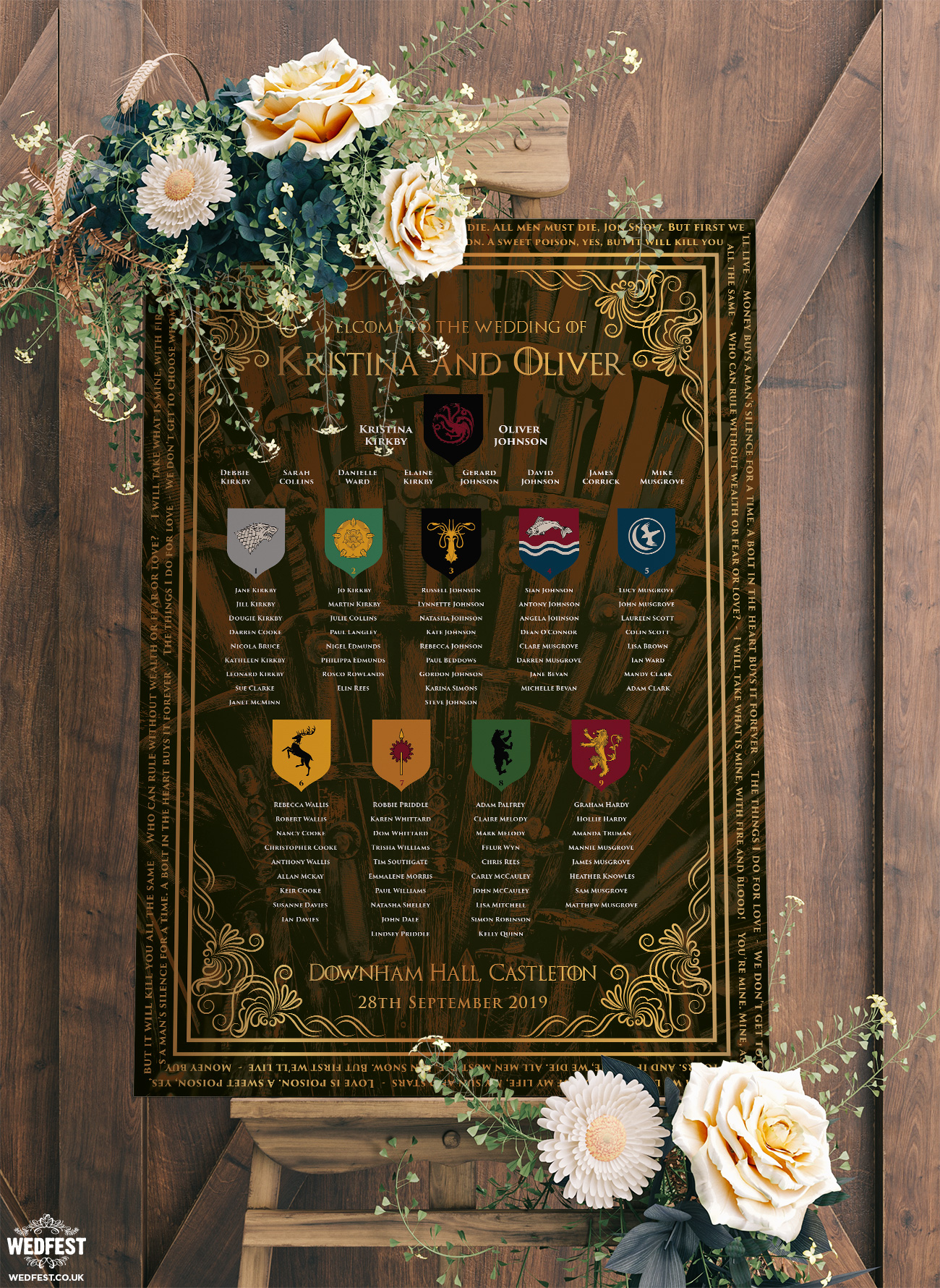 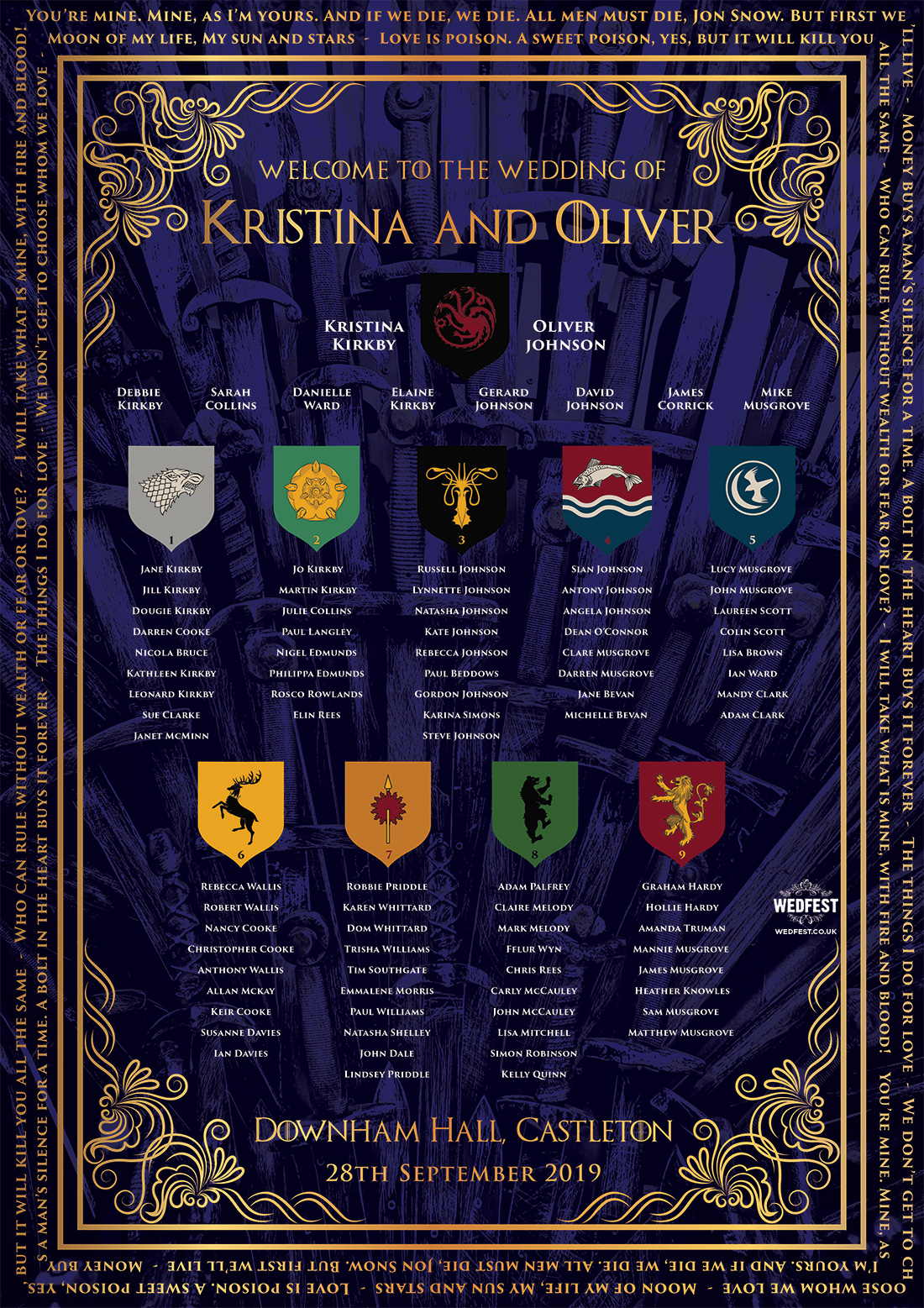 For the background of the design we used the image of the actual Game of Thrones Iron Throne. Around the outside border of the table plan we used quotes from the series most of which related to love.

For the colours, we had a gold gradient running throughout the borders and headline text. The main background we liked two different versions. One was the navy blue background and the other was the golden brown coloured background, both of which you can see on this post. Both looked amazing, ultimately the couple used the navy version for their print out. 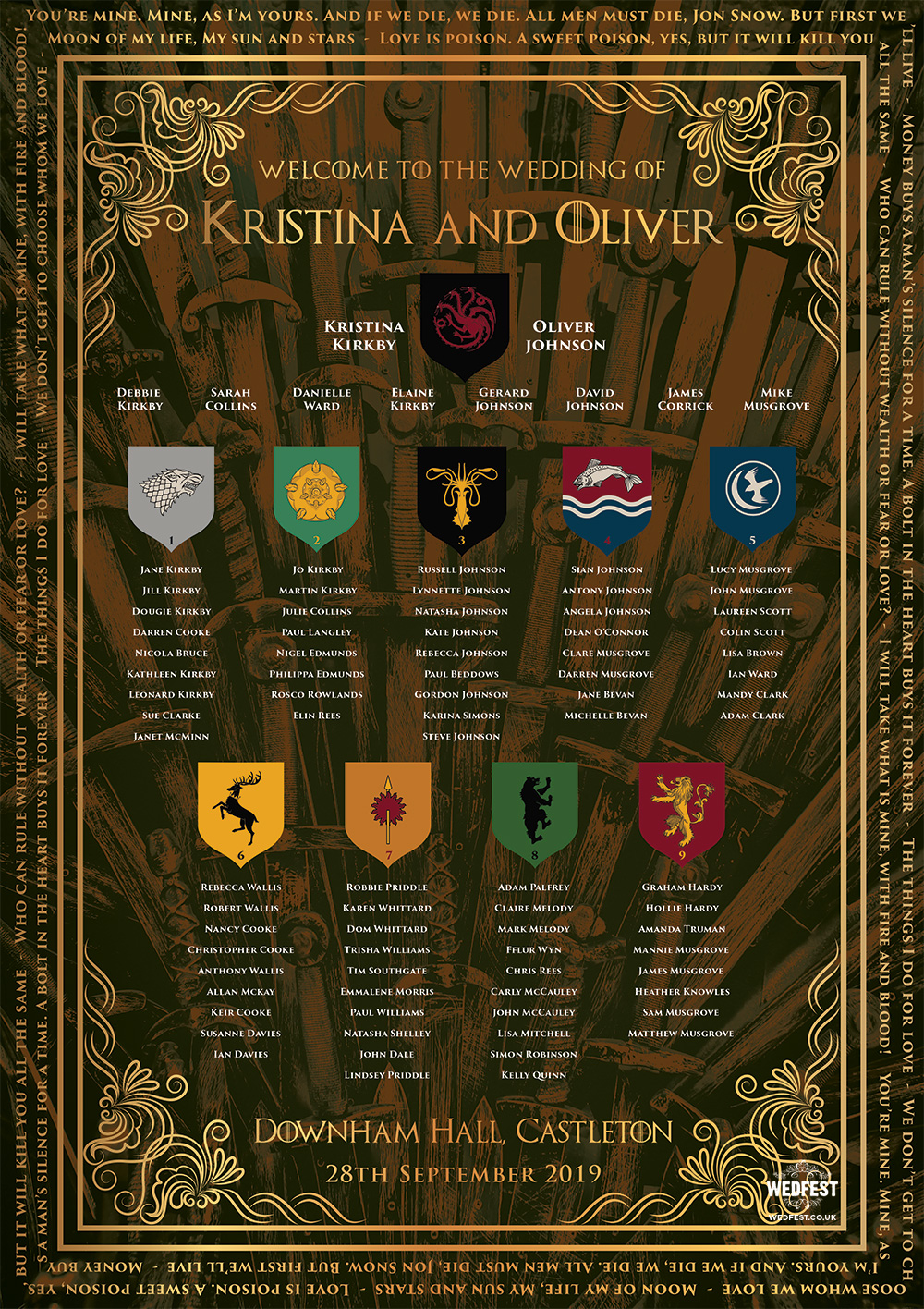