Festival Birthday Party Invites, Wristbands & Lanyards – Last summer Nikki & Jay got in touch with Wedfest looking for us to create them some festival themed stationery for a party they were throwing to celebrate both of their 50th birthdays and also to celebrate being married 25 years. Two amazing and awesome milestones and of course we were more than delighted to help them and design them some awesome festival party invites and stationery.

So the first thing to work on of course was the invitations. The brief from Nikki was that they lived on the coast and they were having the party in their back garden which overlooked the sea, they were going to have a big festival marquee, live music, a VW Camper food van and wanted to get across the vibe that this is going to be a super cool party with bright colours and a lively feel to the design. They called their Party in the Marq 2014, as thats exactly what is was going to be! A big party in a big marquee. 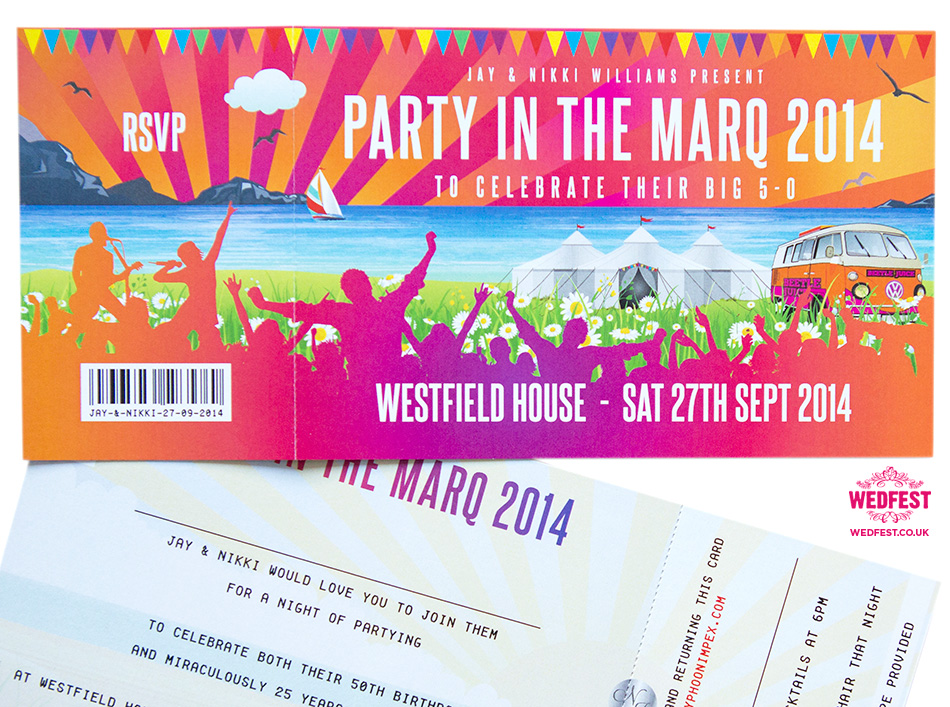 The invitation design of course turned out beautifully as you can see in the photos and it captured all the elements that the couple wanted to get across in the brief. We used a lovely colour palette of oranges, reds, purples and yellows and the invitation design is really vibrant and works perfectly with the calming blue of the seascape which features heavily in the background. 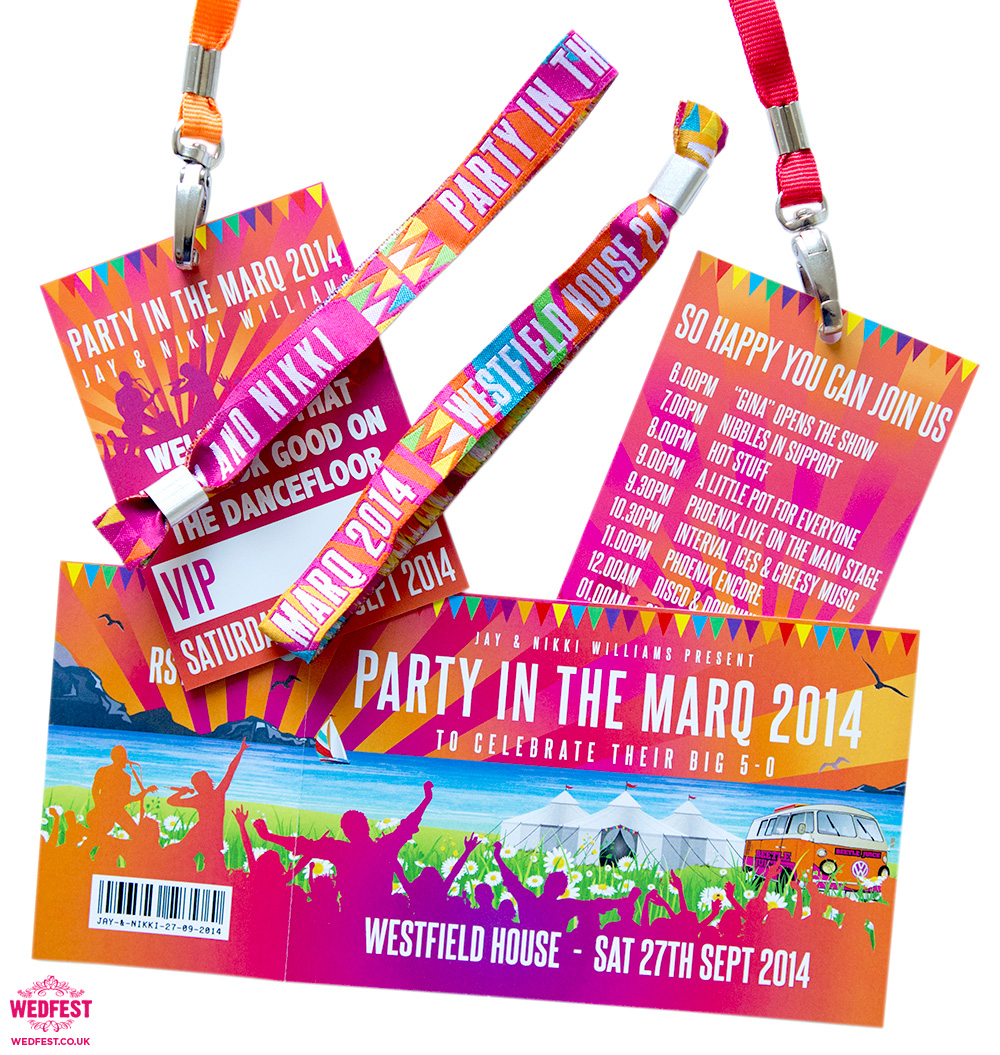 Once the invites were sent out the next thing to work on was the festival accessories for the day of the actual party which included festival style VIP lanyard programmes and festival wristbands. For both the wristbands and the lanyard cards we followed the same design style that we had created for the invites. 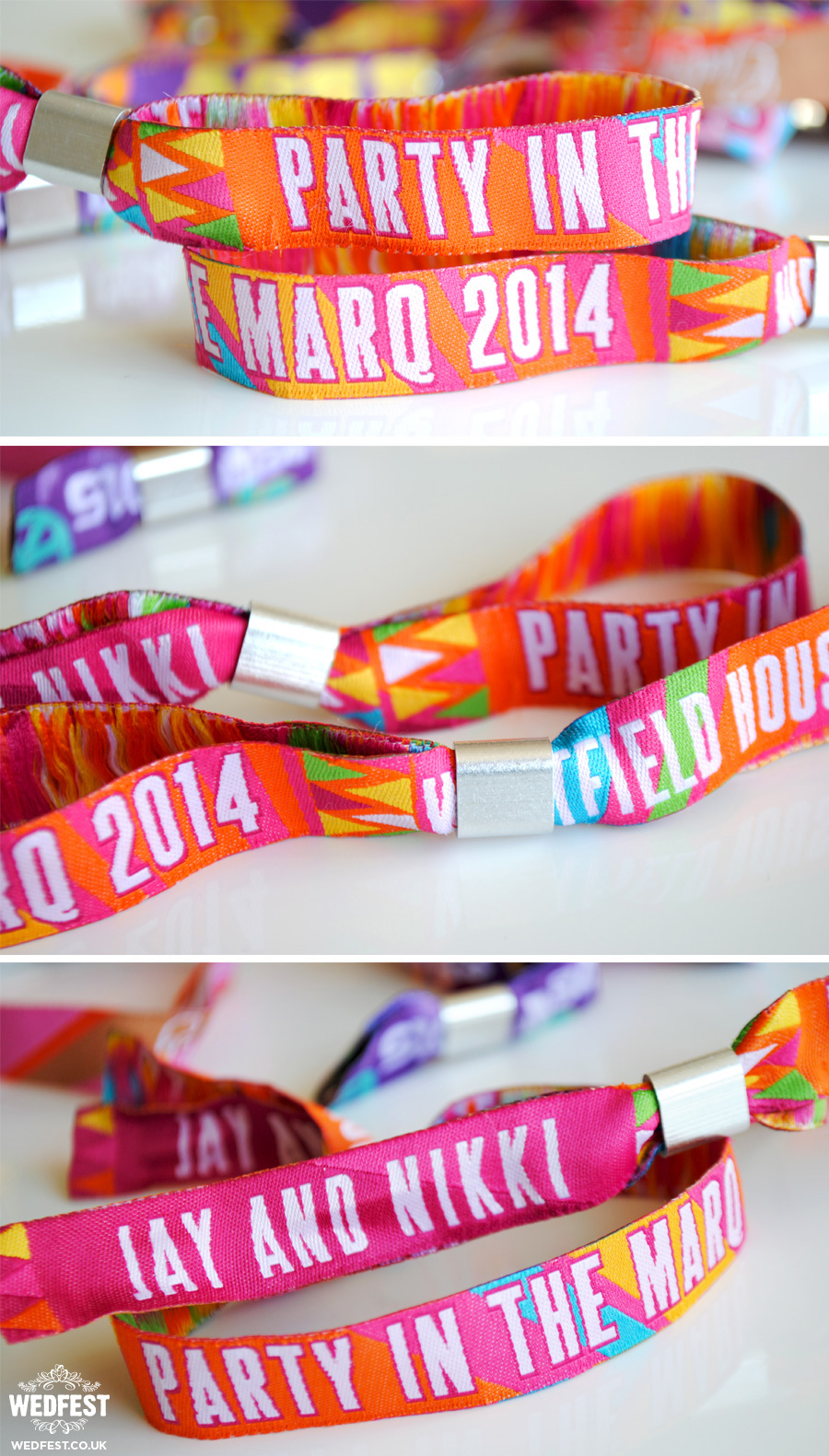 The wristbands were woven fabric wristbands, the same style that you would get at any major music festival. The wristbands featured the text Party in the Marq 2014 over the main body of the wristband and the couples names and name of the party venue on the two tails. These wristbands are so cool looking the colours are really vibrant and perfectly complimented the other stationery and colour scheme for the party. 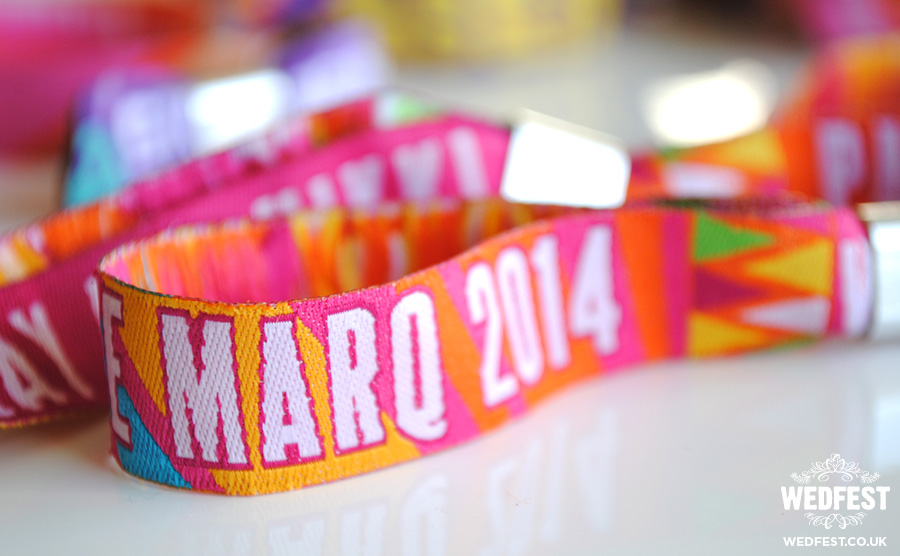 For the party guests we also made lanyard programmes which also doubled as the guests VIP Passes for the party. On the front side of the lanyard cards there was the main information of the party, the event name, date, a space for the name to be written and large text quoting the Arctic Monkeys stating ‘Well I bet that you look good on the dancefloor’. The reverse side of the cards featuring a running order of events for the party such as what time the food would be served, what time the bands were playing etc. 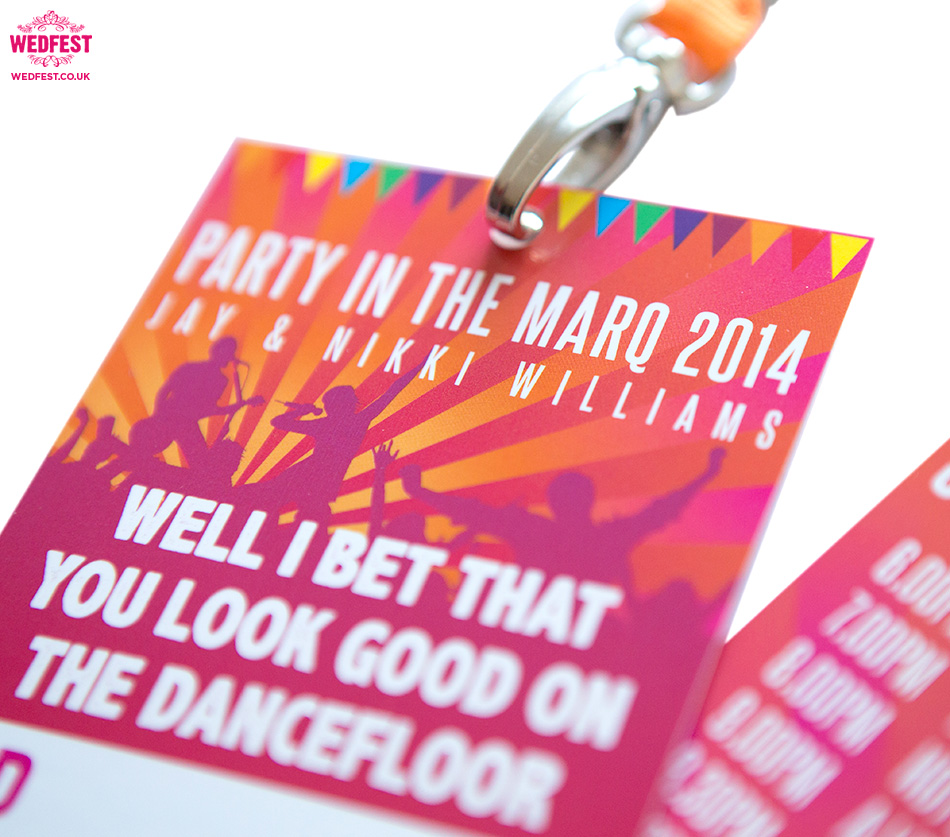 These Festival Birthday Party Invites, Wristbands & Lanyards as an overall package look so amazing and would get any party or event guests buzzing with excitement even before the party starts. It really was a wonderful project to work on and of course we love it when there is loads of really vibrant colours used which look fantastic as you can see by the photos. Nikki was a pleasure to work with and we congratulate Nikki and Jay on both their birthdays and 25 years married!!

If you like the look of this festival themed stationery and are planning an event or party that could benefit from some awesome invites, wristbands or other stationery please click here to get in touch.