Paris themed wedding table plan – This Paris Landmarks wedding table plan was designed for Alex and Angela who got married back in October. They got in touch with Wedfest after seeing another paris themed wedding design I have previously worked on. The couple got engaged in the City of Paris and wanted to feature this in their wedding reception by having all of the wedding tables named after famous Paris landmarks that they visited while they were they were there on their engagement weekend. For the design of the wedding table plan they specifically asked for the design to based around an image of The Eiffel Tower as this is were Alex had proposed to Angela so that was to be the focus of the design. My initial thoughts turned to vintage city travel posters and postcards which have a retro and vintage feel to them so this is the style of design I wanted for the table plan. 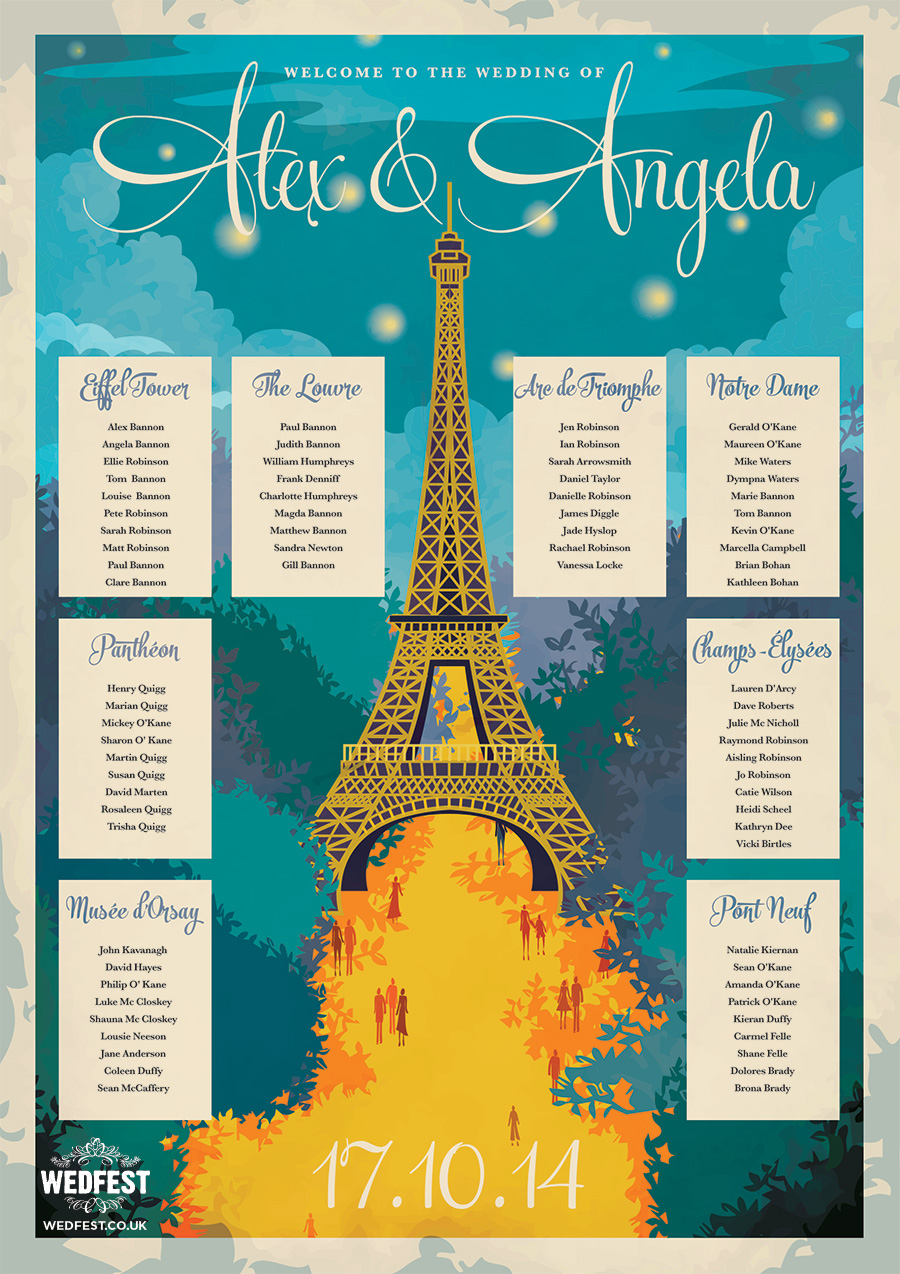 The tables were all named after famous landmarks in Paris such as the Eiffel Tower, The Lourve, Notre Dame, Champs-Elysees, Arc de Triomphe etc.

If you like the look of this Paris themed wedding seating plan and would like something similar for your wedding or if you are planning themed wedding stationery around your favourite city or country please click here to get in touch and see what wedfest can do for you.